The weather disturbance bearing down on the Virgin Islands strengthened into Tropical Storm Maria Saturday afternoon and may be a category three hurricane by the time it reached the territory Wednesday. 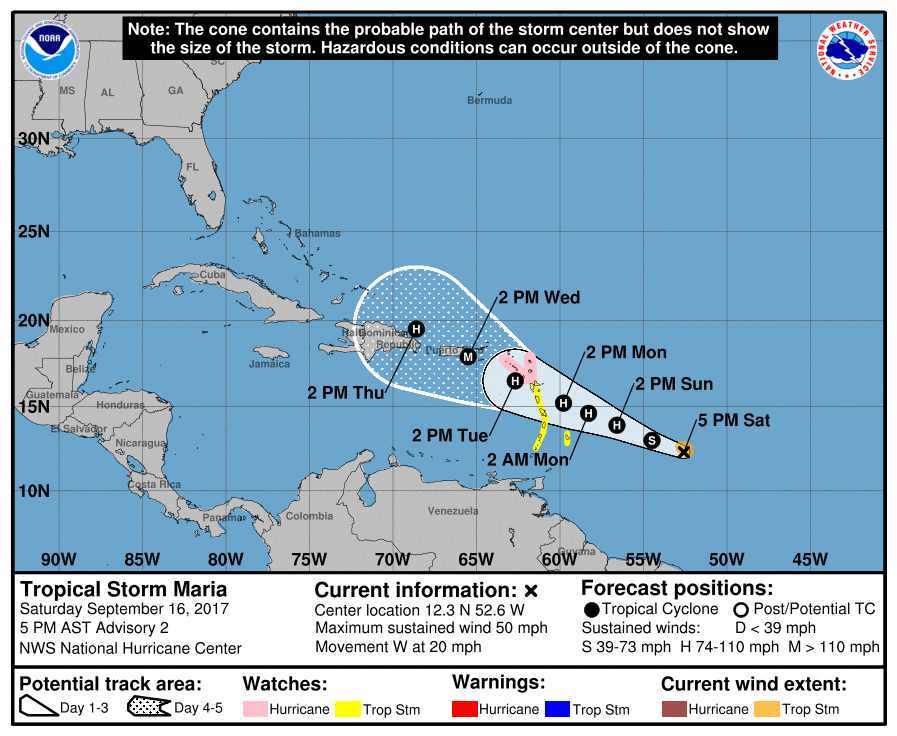 When Maria approaches the Leeward Islands, it is expected to be a hurricane. Tropical storm force winds extend outward up to 45 miles from the center.

Tropical Storm Maria could affect the U.S. and British Virgin Islands by mid week as a major hurricane and hurricane watches could be issued for the territories as early as Sunday.

Based on the 5 p.m. advisory, Tropical Storm Maria is forecast to come within ten miles of St. Croix at 9 a.m. on Wednesday. At the same time, the center of the storm system will be about 39 miles south-southwest of St. Thomas.

By Wednesday, Maria is forecast to be a Category Three hurricane, with top winds of 115 miles per hour. The NHC advices everyone in the Virgin Islands to closely monitor the progress of this developing storm system.