Cummings and Plaskett both are calling for public hearings in Congress.

The telephone briefing was organized by Committee Chairman Trey Gowdy (R-SC) with Damon Penn, the assistant administrator of the Response Directorate with FEMA.

“It is clear that the men and women serving with FEMA are both well-meaning and hardworking, but that they urgently need more help,” Cummings said in a joint statement with Plaskett.

“Today’s briefing raised serious questions about why the White House failed to mobilize sufficient military resources and personnel – questions the FEMA representative could not answer,” Cummings said. “While today’s phone briefing was a very small step in the right direction, we have asked the chairman to schedule similar briefings with the Department of Defense and the White House, and we have asked him to send document requests to these offices as a basic, preliminary step in this investigation, just as Chairman Tom Davis did soon after Hurricane Katrina struck in 2005.”

Plaskett said the federal government is ready to send a lot of help but that too much is still in the planning stage and conditions in the territory are “dire.”

“We recognize the people on the ground are committed to do what’s right by the people of the territories. What was also evident through the questions of myself and my colleagues were that much of the resources are only now being deployed or are still in planning stages,” she said.

Plaskett also said FEMA has given Gov. Kenneth Mapp ideas for temporary and permanent housing for those who have lost homes and asked why that decision was not made before the hurricanes hit.

“There are numerous unanswered questions like this that the committee should, in its jurisdiction, insist on answers and follow up. Urgent action by our committee now could help shed light on the shortfalls of the recovery process in the devastation in Puerto Rico and the U.S. Virgin Islands and make a measurable and significant difference in the lives of American families there,” she said.

“By holding an oversight hearing on this issue now, we could also help prevent a worsening of the human tragedy that is unfolding and help ensure that the lessons we identified from past federal responses are implemented by the Trump Administration,” Plaskett added.

Cummings and Plaskett wrote a letter to Gowdy Friday expressing what they call grave concerns about the status of recovery efforts in Puerto Rico and the USVI and requesting an emergency hearing this week with officials from the White House as well as the Departments of Defense, Homeland Security, and Health and Human Services.

They say Gowdy declined to call the hearing, but instead arranged Tuesday’s telephone conference with the FEMA official.

Both Cummings and Plaskett continue to call for a public hearing on the recovery efforts in Puerto Rico and the U.S. Virgin Islands. 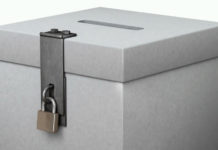 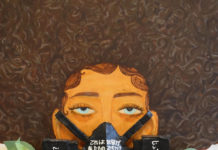 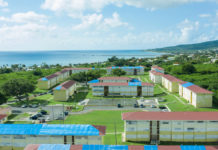