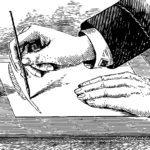 The U.S. Virgin Islands is a proud American paradise. More than 100,000 residents in total live on the islands of St. Croix, St. John and St. Thomas, struggling to recover from two major hurricanes. On September 6, Hurricane Irma lashed St. Thomas and St. John as the eye of the storm passed north over the islands. Causing destruction to houses, government buildings, hotels and hospitals, it left 5 deaths on the island of St. Thomas. St. Croix, the largest of the U.S. Virgin Islands, was spared and was used as station to transport people and provide resources on the affected islands.

Then two weeks after Irma, another Category 5 storm, Hurricane Maria, approached the region striking St. Croix with heavy rainfall and damaging winds, then headed towards Puerto Rico causing destruction on the island of 3.4 million people that has been facing a financial crisis for years. After the storm hit there, many people in the mainland thought about their government financial crisis and responded after seeing what Maria did to ravaged Puerto Rico on the news, and the U.S. Virgin Islands wasn’t mention in the headlines. For years the Virgin Islands have been facing a crisis and on per capital the government debt of approximately $6.5 billion is higher than Puerto Rico’s $70 billion in debts.

America should be ashamed because both territories deserve the same treatment, and over the past years many people moved to the mainland for opportunities. The people of the U.S. Virgin Islands shouldn’t be discriminated because of the color of their skin or race.

God created all of us equal. They can’t vote for the president but are American citizens and salute the U.S. great seal on their flag.

After Hurricane Irma struck the islands. President Donald Trump of the United States said he will visit the Virgin Islands and Puerto Rico to view the damage the storm caused on both territories and was delayed by Maria. Then after Ria slammed Puerto Rico, Trump decided to visit the ravaged island and St. John and St. Thomas in the U.S. Virgin Islands was devastated by Hurricane Irma before. During the president arrival in San Juan on October 3, 2017, Governor Mapp met with Trump offshore from the territory to discuss rebuilding schools, hospitals and putting the territory’s power distribution system underground and a Medicare reimbursement cost share from the federal government that is similar to what the states pay.

I think the president should have seen the destruction both hurricanes caused in the territory because the islands are 40 miles away and is close to Puerto Rico. Many people was angry and called it a disgrace after being forgotten. It is worse than 1995 Hurricane Marilyn. Our people need food, water, shelter and restoration of power. Over the past days people have been waiting in long lines for ice and other supplies. The governor need to ask for more assistance and fight for the people. “They can’t survive on Vienna sausage.”

Last month Governor Kenneth Mapp had a meeting with the Department of Tourism and Charlotte Amalie business owners about inviting cruise ships back to the territory on October 15. I think cruise ships shouldn’t return now because there is still debris on the roads, some business without power, hotels sustained serve damage and there nothing for tourists to view. Schools didn’t open for the year and the children need an education. I think the students aren’t ready for school because they experienced the storms, some lost their homes, supplies and government employees who are leaving the territory for healthcare and a better life should receive a paycheck or package.

According to the Department of Justice, 30 deaths in total territory-wide approximately five homicides, others from natural causes, and five from injuries sustained during the two hurricanes was reported. Virgin Islanders have to work together and rebuild for the future.

The territory will recover from Hurricane Irma and Maria. VI Strong. God bless the people of the United States Virgin Islands. 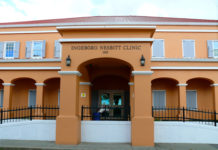 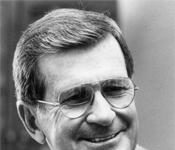