As is the case every morning, on Saturday (3-23-19), I sought the news reports of the day. To my shock I found a lead story, “He Sailed the Seven Seas,” a front page, sub-head about William Pinkney black circumnavigator on one of the two Virgin Islands print newspapers of record, The Virgin Islands Daily News.

His voyage took him to places including: the Panama Canal, the Galapagos, Marquesas, Samoa, Australia, Bali, the Red Sea, the Suez Canal, Greece and back to St. Croix. On June 19, 1987, he docked at the same Frederiksted pier where he set sail to become the first black man to sail around the world solo. It took him less than two years; he had no sponsors; he hit the worst winter in the Mediterranean Sea in forty years; he barely avoided pirates on more than one occasion; he could not sleep while in the major shipping lanes of the Mediterranean; he had little money; he threw out fishing line and grew sprouts to supplement his diet; he was appreciated at ports-of-call by all locals, who on more than one occasion provided needed assistance for repairs; he even got to run a local 5K road race in Samoa.

Try to imagine for a minute what Captain Seymour was thinking as he approached the safety of the pier in Frederiksted, his home port (see photo I took of him sailing Love Song in Frederiksted harbor shortly after his solo circumnavigation). Not possible, we can’t. For sure though, the moment he tied up we know that history had recorded another hero as he was only feet away from where the enslaved Africans of the Danish West Indies who heroically staged the uprising and were declared “free” in 1848. Where a hundred and fifty years later we, the Virgin Islands Pace Runners, would in celebration of that “Emancipation,” stage the Virgin Islands Half-Marathon, and I would invite my African friend from Kenya and silver medalist in the Seoul Olympics Marathon, Douglas Wakiihuri to the race. It followed the Centerline Road with a start near Bulows Minde, home of Danish Governor General, who would take that same route in his carriage on July 3, 1848, to the spot at the finish line, the same spot he declared “all slaves of the Danish West Indies are free.”

Captain Seymour has been honored for his historic voyage by: The Joshua Slocum Society, the world recognized official certifier of solo circumnavigators; the Seaman’s Church Institute of New York and New Jersey; the Legislature of the Virgin Islands USA with a law. Captain Seymour is a decorated combat veteran in U.S. Marine Corp., the 31st black officer commissioned, attaining the rank of captain; he was an All-American cross-country runner for Central State University Ohio; The Virgin Islands Pace Runners host the annual Toast-To-the Captain 8.4 Mile Road Race in St. Croix (I put this run together for my friend while he was at sea to honor him…knowing he was on a very dangerous voyage…we held the 33rd annual race in February); he has been recorded in numerous publications including: Sea Magazine, The St. Avis and The Virgin Islands Daily News, The New York Times among others.

Anything I know about sailing I have learned from my friend Captain Seymour through conversations while on long training runs together. While he was at sea, I would get an update sporadically through fellow ham radio operators, including the one alerting me that he was on his last leg and coming home. My job was to alert the media as to about when he would dock. I mean it wasn’t like he was sailing under the Golden Gate Bridge or saluted by the Statue of Liberty. He was, ironically, sailing to the harbor where the first cannon salute celebrating the U.S.A. independence from Great Britain was fired. As it were, the day he docked, Vice-President of the United States George H. W. Bush was either arriving or leaving St. Croix and of course attracted all the media. The rest is history.

As an old-school librarian, my trust is still in print media. I think the jury is still out on authority control for social/mass media — could it be that it’s the worst crime? I remember some forty years ago when print media was king, a conversation I had with a Crucian publisher. His name was Alva Joseph of Square Deal Press, whose shop coincidentally overlooked the pier in Frederiksted. He told me that once something is printed in the press it is forever there…and can be wrong!

Captain Seymour has earned the honor and is certified as the first black man to sail around the world alone…he has earned all his honors…no asterisk necessary.

All praise to Captain Seymour, Captain Pinkney and all circumnavigators…our heroes. 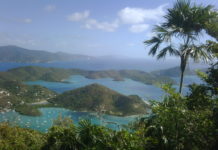 Op-Ed: Imagine Everyone Had a Safe Place to Be and Someone to Care 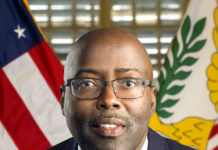