Northeasterly swells will continue to impact the area throughout the week and into next week, and marine weather alerts have been extended.

“Hazardous marine conditions will persist for the next week as a northerly swell continues to invade the local waters and then as another strong northeasterly swell arrives on Thursday night, lasting throughout the weekend, into next week,” an update on Wednesday from the NWS explained.

The National Weather Service (NWS) in San Juan, PR, has issued a “High Rip Current Risk” for the U.S. Virgin Islands and areas of northern Puerto Rico. The alert will be in effect through at least 6:00 p.m. AST on Saturday.

Additionally, a “Small Craft Advisory” will be in effect for portions of the local waters around the USVI and Puerto Rico until 2:00 p.m. AST on Sunday.

A “High Surf Advisory” is also in effect for northern Puerto Rico and the USVI until at least 6:00 a.m. AST on Thursday.

Wednesday will be mostly sunny with isolated showers. The high temperature will be approximately 84°F, with winds out of the north at about 16 to 18 mph, gusting up to 23 mph. The chance of rain today is 20%.

Wednesday night will be partly cloudy with scattered showers, primarily before midnight. The low temperature will be approximately 73°F, with winds out of the north at about 15 to 20 mph. The chance of rain tonight is 40%. 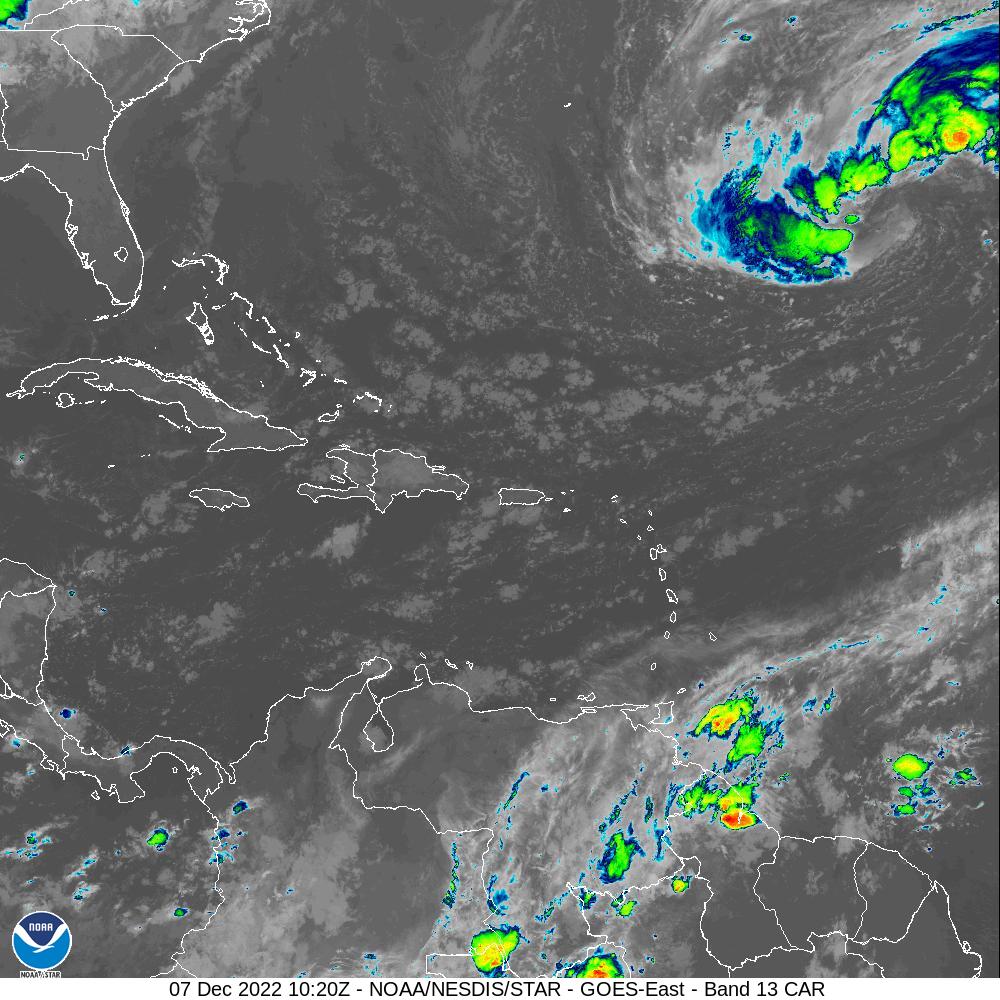 On Wednesday and Wednesday night, seas will be 5 to 7 feet, with occasional 9-foot seas. Winds will predominantly be out of the north at 10 to 15 knots, with a swell period of 11 seconds. Wind gusts up to 25 knots are possible at nighttime.

The water temperature is approximately 81°F. 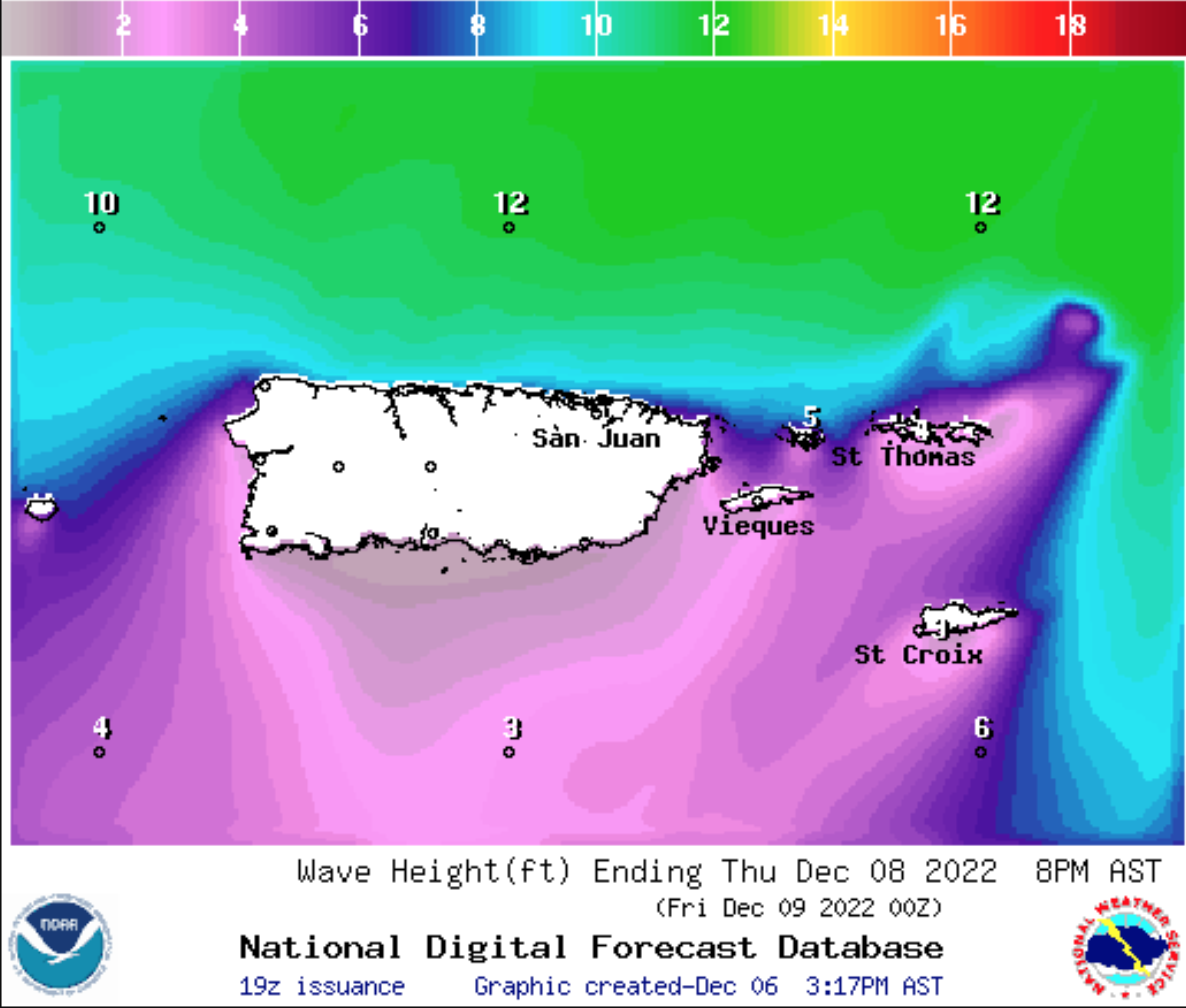 Rip Currents: There is a chance for powerful rip currents across the islands, and a “High Rip Current Risk” will be in effect through 6:00 p.m. AST on Saturday. Swimmers and surfers should take extra precautions (and if caught in a rip current, swim parallel to the shore until you are outside of the pull of the current). Learn more about rip current safety here.

Marine Conditions: A “Small Craft Advisory” will be in effect for portions of the local waters around the USVI and Puerto Rico until 2:00 p.m. AST on Sunday.

A “High Surf Advisory” is also in effect for northern Puerto Rico and the USVI until 6:00 a.m. AST on Thursday.

“A set of northerly to northeasterly swells spreading across the local waters will maintain choppy to hazardous marine conditions throughout the workweek. These conditions will also generate dangerous surf and swimming conditions,” an update from the NWS on Tuesday explained.

Tropical Activity: Tropical cyclones are not expected to impact the USVI within the next five days.

Tropical Details: The National Hurricane Center is monitoring a system designated “Invest 99L/Tropical Disturbance #1” in the Central Atlantic. The system has a 50% chance of experiencing development over the next 5 days, and a tropical or sub-tropical storm may form, and potentially impact the Azores islands and Eastern Europe. This system will not affect the USVI in terms of wind or rain. However, marine conditions will continue to be hazardous due to the large amounts of energy generated by this storm. 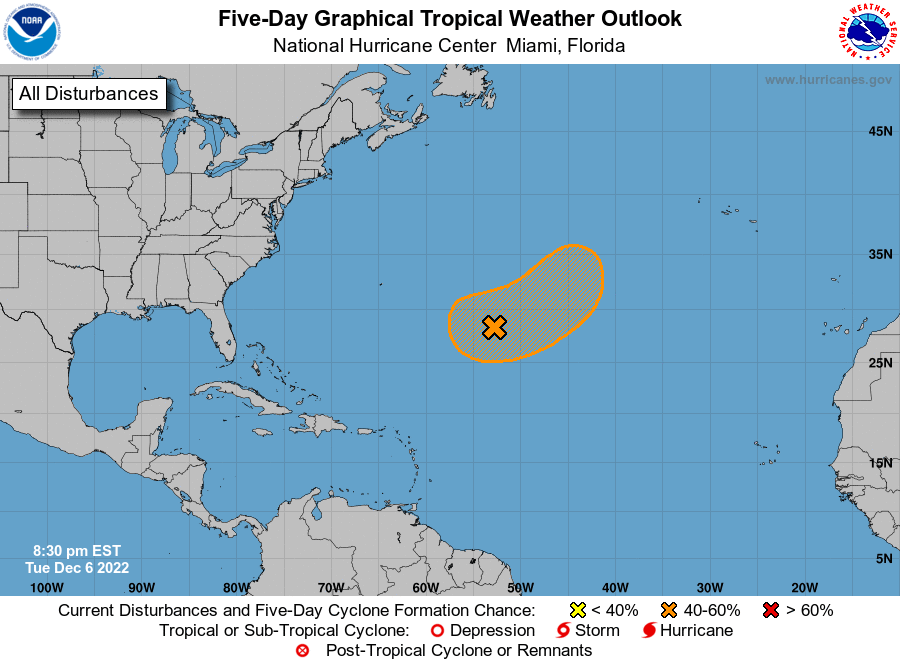 Keeping our community informed is our top priority.
If you have a news tip to share, please call or text us at 340-228-8784.
Facebook
Twitter
Pinterest
Email
Previous articleV.I. Children’s Museum Receives Big Check From King of the Wing 2022
Next articleMango Tango Art Gallery Presents Works by Kat Stevens: ‘9 Lives at Once’