Home Commentary Op-ed Together, We Can Stop Violence and Abuse

Love, compassion and respect…These are just a few qualities that the Virgin Islands community can reflect on as we observe Sexual Assault Awareness Month (SAAM) this April. The 2015 theme for SAAM is ‘Activist for Change.’ Therefore, the Virgin Islands Domestic Violence and Sexual Assault Council wishes to encourage our community to act while raising awareness through ongoing conversation and support for victims, survivors and our partner agencies.
Sexual assault and rape are crimes that are inexcusable, unacceptable and oppressive as they represent forcible penetration, bodily harm, non consensual bodily contact, unwanted sexual advancements and psychological scarring – just to name a few. Therefore, like white is the absence of color, rape is the absence of love, compassion and respect. They are prime examples of what occurs when there is a breakdown of appreciation for humanity and the fact that we are complex beings with spiritual, emotional, psychological and social components rather than simple tools for sexual objectification. So, while our sexual violence eradication movement triggers action for sophisticated trainings, survivor testimonials and criminal justice intervention, we would offer that the trigger to act on the basis of love, compassion and respect are equally impactful too.
If every individual were to make a conscious effort to practice these qualities, all crime including sexual violence could be eradicated; sisterhood would grow stronger as women would protect each other rather than gossip about each other; brotherhood would be honest as men would hold each other accountable rather than engaging other men to subject women and even other men to sexual and gender biased slurs; intimate partners would value each other’s uniqueness and individuality rather than perpetrate power and control; and small communities would thrive through genuine relationships and good business rather than sink due to political corruption. In other words, the primary function of Sexual Assault Awareness Month is indeed to raise awareness on the prevalence of sexual violence which currently affects one in five women and one in 71 men (according to the National Sexual Violence Resource Center); but more profoundly, it is a call to all to simply act on a basis of love, compassion and respect because if we all did, sexual violence – and all violence – would not exist. With that established, however, we also offer the following Actions for our readership in support of SAAM:
– Report sexual assault and child abuse by calling 911
– Wear Teal (Official SAAM Color) throughout April
– Add the Teal Ribbon as your profile picture on social media accounts
– Attend DVSAC’s ‘Teal and Purple’ Awareness Party @ The Palms on April 24th
– Wear jeans for ‘Denim Day’ on April 29th (Protest Against the Stereotyping of Victims)
– Listen to a ‘Faith Intervention’ Every Thursday on 102.1FM Life Radio
– Wear Black on Thursdays for ‘Thursdays in Black’ against rape and gender based violence
– Don’t engage in gossip about victims or use sexually oppressive language
– If you encounter a victim or survivor, don’t judge them or ask them ‘why’ they did or did not take certain actions; simply say ‘I’m here for you.’; Or ask ‘How can I help?’
– If you are a victim of sexual assault, contact the Family Resource Center on St. Thomas, St. John & Water Island at (340) 776-3966 or Women’s Coalition of St. Croix at (340) 773-9272.
– If you struggle with abusive behaviors, please contact Men Terminating Violence at (340) 776-3966 or the Men’s Coalition of St. Croix at (340) 778-2161.
– Keep a positive attitude daily, speak words of kindness and conduct acts of love.
Sexual Assault can happen to anyone so take a stand today and support victims and survivors of sexual assault by making a choice to ‘Act’!
April is also Child Abuse Prevention Month. If you work with children, please remember your mandatory reporting requirements for child abuse and neglect activity. If you are ever a victim or witness of sexual assault or child abuse, please call 911 immediately.
In light of the holiday observances and Carnival season this April, DVSAC offers many well wishes for our Virgin Islands community and likewise, we thank you in advance for your personal commitment to act in love, compassion and respect as we observe Sexual Assault Awareness Month and Child Abuse Prevention Month!
Editor’s note: Khnuma Simmonds-Esannason, executive director and victim advocate, heads the Virgin Islands Domestic Violence and Sexual Assault Council (DVSAC). 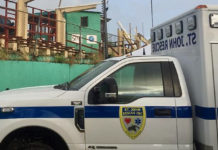 ‘To the Rescue’ Returns 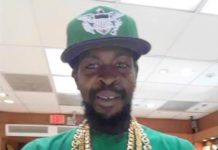 Op-Ed: Cedric Henry, the Epidemic and the Cure 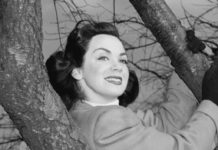