"Teachers, parents and students throughout the Virgin Islands are fed up with the continuing state of unsafe, unhealthy conditions in schools," the two said in a joint statement, adding that the protests, which resulted in students missing class and going home for the day, "were aimed at drawing attention to the poor conditions that are being ignored by the government."

Soto-Thomas and Lewis recently emphasized concerns about the decaying condition of many schools during a Senate committee hearing in March as well.

Retroactive pay was also an issue.

“Negotiations between the teachers unions and the government are scheduled for June but we believe they must begin much sooner,” the joint statement said. “Teachers want to discuss the deplorable school conditions that affect teaching and learning; the retroactive pay increases that teachers are owed; and salary step increases, including those previously negotiated but not paid to our members.”

“Teachers have gone without a pay raise since the 2009-10 school year. It is our hope that this school year can end on a positive note, but it will take labor-government collaboration to accomplish that," Soto-Thomas and Lewis said in the joint statement.

While teachers received raises this year, bringing their pay more in line with previously negotiated labor contracts, there is no money in the budget for retroactive pay for the time since the contracts were negotiated and the raises initiated. While the current budget has been balanced due to a windfall from the sale of the former Hovensa refinery, the government is looking at a $100 million deficit for the upcoming year and similar deficits into the future, according to Office of Management and Budget officials. (See Related Links below)

In a statement Tuesday evening, Education Commissioner Sharon McCollum said she acknowledges employees are due pay raises, but urged them to work it out at the negotiating table and not disrupt classes.

"(A)ll of our employees are due pay raises and do extraordinary work often under difficult circumstances," McCollum said. “We have some of the finest employees in the territory who can stand equal and above their counterparts nationally.”

“It cannot be said enough how much we appreciate the commitment and passion our employees demonstrate on a daily basis," McCollum added.

Asking teachers to "move their concerns to the bargaining process," McCollum said the "disruption of learning is a no-win for everyone involved.”

“The disturbance negatively impacts our students, parents, employers, professional relationships and more,” she said. “We need all hands on deck as we “Transform Education Through Teamwork.”

McCollum said, “I strongly encourage all of our employees to return to their worksites. The focus must remain on addressing the needs of our students. I am certain all matters can and will be resolved in a manner that is mutually agreeable," she said.

Classes will resume as normal on Wednesday, McCollum said. 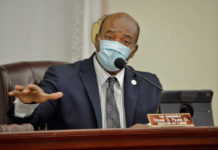 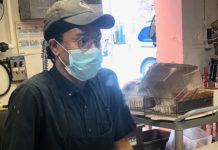 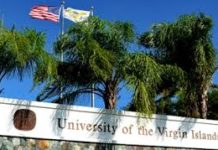