Four diverse and prominent institutions of higher education have joined forces to conduct research on proven leadership approaches to broadening participation in STEM (Science, Technology, Engineering and Mathematics). With the generous support of a $2.9 million grant from the National Science Foundation, the University of the Virgin Islands and its partners — Fielding Graduate University, North Carolina A&T State University and the Association of American Colleges and Universities — have collaborated to launch the Center for Advancing STEM Leadership.
Over the next two years, the new center will study the historical and contemporary strategies used by leaders of Historically Black Colleges and Universities (HBCU) in producing disproportionately high levels of underrepresented minority STEM graduates. The research will test the hypothesis that the success of HBCUs in broadening STEM participation has been due, in large measure, to an identifiable set of leadership styles and strategies that may be transferable to other institution types.
“This is one of the major achievements of UVI in one of the most critical areas for educational and economic growth, and is indicative of our potential to work with other institutions and organizations to create a national model for success,” said Dr. David Hall, president of the University of the Virgin Islands.
Dr. Katrina Rogers, president of Fielding Graduate University, further noted, “…this work significantly advances the commitment of the National Science Foundation to broadening participation and expands critical efforts to ensure a diverse STEM workforce for the 21st century.”
The center will not only contribute to the knowledge base on leadership development for broadening participation in STEM, but also translate that evidence into institutional practices. “This is critically important to developing a new generation of higher education leaders, reflective of a collective commitment to equity as the foundation for inclusive excellence,” said Lynn Pasquerella, president of the Association of American Colleges and Universities.
“As an extension of the university’s commitment to educate STEM leaders of the future, N.C. A&T is pleased to join this partnership,” said Chancellor Harold L. Martin, Sr. “The National Science Foundation’s generosity and partnerships like these are critical to advancing the ever-changing landscape of STEM research." 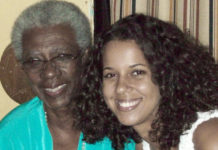 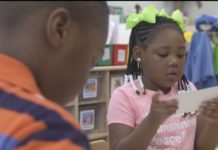 Registration to Open for New Public Preschool Classes in District 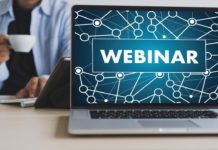