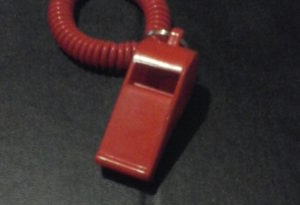 A former Government House attorney dismissed for handing over public documents under the Freedom of Information Act will soon have a second chance to make her case in court. Justices of the Virgin Islands Supreme Court sent an appeal from a dismissed complaint back to Superior Court for review.

The case alleging misrepresentation, defamation and retalliation against a government whistleblower stems from a 2015 incident involving a lawyer working in the Legal Counsel’s office at Government House.

The chief justice upheld the dismissal of the lower court, on Aug. 31, 2016, of the misrepresentation and the defamation charges. But Hodge said there were matters related to the whistleblower allegations the lower court failed to address.

On behalf of the three judge panel, he remanded, the case to Superior Court for further proceedings “with respect to the whistleblower claim against Gov. Mapp, the Office of the Governor, and – if properly served and found to have legal capacity to be sued – Office of the Attorney General.”

The ruling came in response to a lawsuit filed by attorney LaVerne Mills-Williams, hired to work in the Legal Counsel’s office. She was removed from that post and ultimately fired after handing over documents to the St. Croix Avis in September 2015.

The documents related to the leasing of a private villa in Estate Nazareth for use by Mapp at the start of his term. Shortly after releasing the documents, Mills-Williams learned that Mapp and then-Goverment House Chief of Staff Randolph Knight were upset by the action.

According to court documents Mapp and his chief were upset because they were not given a chance to review the documents and redact portions as they saw fit.

Mills-Williams was ordered to stonewall any further requests for information or documents related to the leasing of Villa Fratelli Cresta. By the end of September 2015 Mills-Williams’ supervisor, Legal Counsel Emile Henderson III ordered Mills-Williams transferred to Justice. By Oct. 7, 2015, the lawyer who honored the FOIA request was out of Government House.

By Oct. 28, 2015, the embattled lawyer sued Mapp, Henderson, Attorney General Claude Walker and the Office of the Governor under the Virgin Islands Whistelblower’s Protection Act. The act makes it illegal to fire, demote or take a retaliatory action against a government employee reporting an illegal act by the government, either committed or suspected.

The following day Mills-Williams received a letter from the attorney general, informing her she was being placed on paid leave but the fund that would be used to pay her was out of money.

A few weeks later, in mid-November, she was terminated again, this time from Justice. Around the same time Mapp issued a press release, accusing Mills-Williams of associating with a known criminal and being untrustworthy.

The person the governor referred to as a criminal was attorney Lee Rohn, who Mills-Williams retained to represent her in the lawsuit. Rohn had been found guilty of a misdemeanor charge of possession of marijuana several years ago but has been allowed to continue practicing law.

In Friday’s ruling, Hodge said Mapp could not be sued for what he said in the press release or for repeating similar statements during appearances on radio talk shows.

The chief justice also said Mills-Williams could not use a statement made to her by Henderson at the time she was hired to sue for misrepresentation. Court documents say the legal counsel told her the Mapp Administration, “was going to be unlike other administrations and that it was going to be ethical, do all actions by the book and be a reputable administration.”

This, the justice said, amounted to puffery, a statement that could not be proven as factual.

Hodge also raised a double-edged sword over the whistleblower claim. Because Mills-Williams served as an attorney, Hodge said, she is subject to the Code of Professional Conduct. Under the code, a lawyer is supposed to act in the best interest of their client. Seen from that perspective, blowing the whistle on a client’s bad behavior might leave Mills-Williams violating the ethics code.

Hodge added it’s unclear whether the client was Mapp or the Office of the Governor. However, the whistleblower act covered Mills-Williams when she complained to Henderson – her supervisor – that the directive to avoid fufilling further FOIA requests was illegal. It did not matter, he said, that complaining to the governor’s legal counsel was unlikely to produce a remedy because the whistleblower’s act does not include a futility clause.

Added to that, he said, was the fact that Henderson is a public employee, a requirement of the whistleblower’s act. The act of handing over unreviewed documents to the Avis, however, may not be protected because the newspaper is a private – not a public – entity.

By sending the case back to Superior Court, the lower court judge gets to sort it all out.