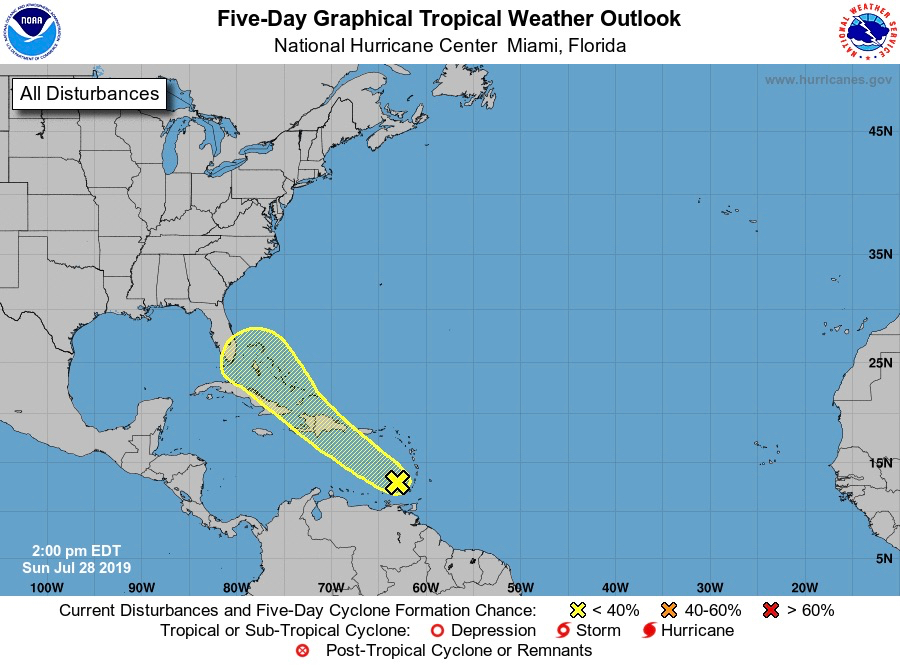 A persistent area of cloudiness and thunderstorms located over the eastern Caribbean Sea is associated with a tropical wave that is expected to move across the north-central Caribbean Sea during the next few days, the National Hurricane Center reported Sunday afternoon.

The report prompted a flash flood watch for the U.S. Virgin Islands and Puerto Rico. The watch will be in effect from noon Monday through Tuesday evening.

According to the NHC the system is expected to produce locally heavy rainfall and possibly some flooding across Puerto Rico, Hispaniola and Cuba.

The NHC gave the system only a 10 percent chance of developing into a tropical system over the next 48 hours due to interaction with land. However, once the system emerges over the Straits of Florida, which is expected by the end of the week, the environmental conditions could be a little more conducive as the system advances towards the mainland.

The body of a lone free diver was recovered Monday morning after an overnight search of the waters off Hull Bay on St. Thomas, the Coast Guard reported. #visource #usvi #news ... See MoreSee Less