“Today we reflect on the struggle for freedom, equality and self-determination.

“Every year after the emancipation of 1848 employers promised better wages and working conditions but never delivered. On Contract Day in 1878 four women on St. Croix, our Queens, organized a revolt to demand all plantations pay the same or better than the St. Croix Central Factory and to repeal the Labor Act of 1849 that kept workers in serf-like conditions.

“These V.I. heroines were: Queen Mary Thomas, Queen Mathilde Macbean, Susanna “Bottom Belly” Abrahamson and Axeline “Queen Agnes” Salomon. For five days, much of the West End of the island burned. Over 120 black workers and 20 or more planters were killed before soldiers came in and crushed the revolt. The four queens were imprisoned in Denmark. However, labor laws were quickly reformed. Today we salute these women and recognize them as early trailblazers on the road for equality and freedom for all Virgin Islanders. They inspired the coal workers strike of 1892 in St. Thomas.

“On this day in Virgin Islands history we reflect on the contractual quest for self-determination.”

This Week’s Senate Calendar for July 13-17 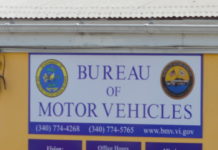