More than 60 motivated high school students gathered inside the Ruth E. Thomas Auditorium at Charlotte Amalie High School (CAHS) early Saturday morning on Nov. 23 to attend the closing ceremony of Alpine’s SAT Prep & 1000 Words Challenge. The free SAT program, which officially launched at the beginning of the 2019-20 school year, ended with a panel discussion by three college students and a recruiter from the University of the Virgin Islands, and a Skype presentation by a nationally recognized test preparation expert from Columbus, Ohio, followed by an award ceremony that rewarded cash prizes and TI-84 graphing calculators to the most active participants.

The top students in the SAT Prep program who received the TI-84s were: Kaylin Wallen, Jahnequa Venzen, La’Monee’ Morris, Destini Whitley, MiKaylah Thomas and Je’Mia Ortiz. The top students in the 1000 Words Challenge taking home the $100 cash prize were: Kaylin Wallen, Mila Carty and Kyra Lin. The best overall student who won an extra $100 cash prize was Kaylin Wallen (a junior at Ivanna Eudora Kean High School), who not only attended all four sessions and logged in the most number of study hours on Khan Academy but also traveled farthest from St. John.

“I applaud you for coming today and showing up,” said Jason Charles, alumnus of CAHS and chief of external affairs at Alpine Securities USVI, organizers of the initiative. “You are the future of our territory, and we want to equip you with the tools to succeed in college and life so you can become world leaders.”

For one hour, Brian Stewart made a special presentation via Skype. Stewart is the founder of BWS Education Consulting and author of several ACT, SAT and PSAT books published by Barron’s Educational Series. His books have sold hundreds of thousands of copies worldwide. He answered some of the most frequently asked questions, such as the best way to prepare for the test every day, how many times a student should take the test, whether colleges take the best score or the average score, the best way to improve the reading questions, whether to leave answers blank or guess, how long to stay on one question and when should students start preparing for the exam.

Alpine’s SAT Prep & 1000 Words Challenge was launched by Alpine Securities USVI to help Virgin Islands high school students boost the scores on their SAT and increase the overall average mean to exceed the U.S. average mean SAT score of 1060. According to the College Board, which is the official entity that develops and administers the SAT, the average mean SAT score of the 635 high school students who took the SAT in the V.I. during the 2017-18 school year was 935 points out of a perfect score of 1600.

While the SAT score is not a measurement of the students’ aptitude, potential or success in life, it can dictate their college choices and career paths. In addition, studies have shown a direct link to advanced vocabulary and higher test scores, which is why students were also encouraged to learn 1000 essential words that are critical to performing well on the exam and in college.

Alpine Securities USVI, has been involved with numerous charitable initiatives on the island focused on investing in the youth and bringing the community together, such as the annual King of the Wing contest that raises money for a local nonprofit organization.

For more information on how to participate in 2020, visit https://collegeprepvi.org. 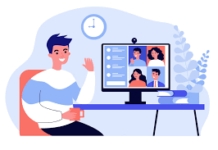 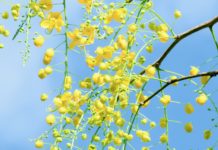 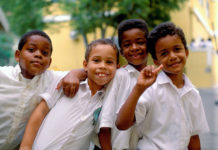