I want to remind readers I am a Crazy Woman, C.W., and not an M.D. I claim only to have had experiences that have netted certain results. It’s up to you if you want to do what I have done, figure it out for yourself. But I will not be responsible for anything a reader may do without a second opinion or third.

As I write I am halfway though a day-and-a-half fast. I have been doing it once a week for a few weeks, but I am no stranger to fasting.

I started a type of fasting as a teenager. Anyone remember Metrecal? It was the 1960s’ version of Slim Fast. I have never tried Slim Fast, but Wikipedia says it tasted better than its predecessor. It wouldn’t take much.

As genetics would have it, my mother struggled constantly with her weight, as did her mother, and hers before her. So my mother would buy cases of Metrecal and we would bond over it at mealtimes for a week or two. I always lost weight and never lost consciousness, so it beat the beer fasts that I used to do in the “old days.”

There are many ways to define “fasting.” Remember Jesus? He fasted in the desert for 40 days. It turns out more contemporary people have beat His record and lived to tell about it. Harper’s Magazine of March 2012 carried an article called “Starving your Way to Vigor (The Benefits of an Empty Stomach).”

The article chronicles experiments, one of which started with a man who wanted to kill himself by starvation who instead discovered a whole new life for himself, of people who have fasted for weeks and months with startling results – all of them good.

The longest fast I have ever done was probably a couple of weeks on Stanley Boroughs’ Master Cleanse, also called the lemonade diet.

At the Optimum Health Institute and Ann Wigmore Institute – both raw food detox facilities – the usual fast is a three-day juice fast.

With the Paleo diet rage going strong right now, I saw an article on Dr. Joseph Mercola’s website about the fact that early humans certainly did not eat three square meals a day. They ate when they found food, often going days or even weeks without. So despite what those who would disparage the idea of missing a meal think, it’s not unusual for Homo sapiens to go periods of time without eating. It fact, if we want to draw on the Paleo card, it is normal.

For me, fasting has always had three major benefits: Weight control, mental clarity and rest for my digestive tract. There’s also, it turns out, a fat burning factor that happens automatically when we give our body time to reset itself. And when coupled with high intensity exercise, we can burn even more fat. It is also a discipline.

As a foodie, which is a hip way of saying food addict, I gain great strength and courage from going without food once a week. My latest fasting foray allows for water, tea and a glass of unadulterated apple juice mid-day on the second day. But I have fasted in many different ways.

I have done the lemonade diet (Google it), 10-day juice fasts, water only fasts, and yes, beer fasts. (I would get your doctor’s opinion on the beer fast).

Everyone is different. On the longer fasts, I will tell you the second day is usually the hardest. When I get through that, I seem to forget about food as all my cells rejoice at their freedom from the heaviness of being saturated.

There are sensible ways to start on and come off of a fast, too. There are tons of materials about fasting out there. Explore the possibility of controlling your body and mind. Look into the benefits of periodic fasting. Try it. The experience of feeling really good can also become addictive.

Note to self: “The reason so many struggle with their weight (aside from eating processed foods that have been grossly altered from their natural state) is because they’re in continuous feast mode and rarely ever go without a meal.” Dr. Joseph Mercola 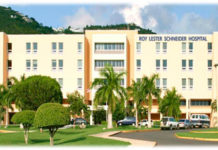 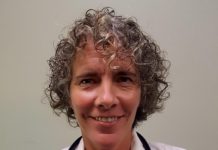 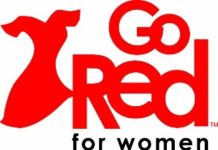