With the festival food sale and the Pan-O-Rama steel band showcase passed, St. John is gearing up for the remainder of its Festival 2017 events. This year’s Festival theme is “The Present and Past in Ways Never Foreseen.”

Events scheduled for the Festival are:

– On Saturday, June 17, the Festival 2017 bicycle race will begin at 8 a.m. at the National Park Parking Lot in Cruz Bay.

– On Sunday, June 25, the Festival 2017 Food Fair and Coronation will take place at Franklin A. Powell Sr. Park in Cruz Bay at 1 p.m. This year’s food fair honoree is artist Karen Samuel. The 2017 Festival boat race will begin at 3 p.m. in Cruz Bay harbor.

– On Wednesday, June 28, the Festival 2017 Village will host its grand opening in the Cruz Bay Customs Parking Lot at 7 p.m. This year’s village is named “O’Connorville” for honoree former Sen. Robert O’Connor Jr.

– On Friday, June 30, the Festival 2017 Children’s Village will open at the National Park Field in Cruz Bay at 6 p.m. 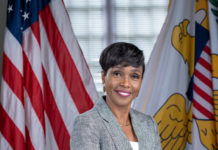 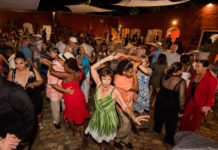 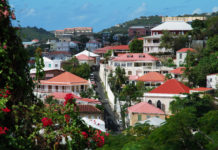