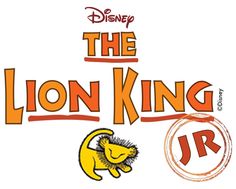 Tickets cost $10 per child or $15 per adult. To purchase them directly online or for more information, go to www.pistarckletheater.com or call 775-7877.

The 60-minute musical, designed for middle-school aged performers, is based on the Broadway production directed by Julie Taymor and the 1994 Disney film. The youthful cast features 33 students, led by camp director Lauren Brody-Clarke, musical director Mary Christensen and choreographer Marie Paul. According to Nikki Emerich, Pistarckle founder and artistic producer, “Our youth adaptation of the popular Broadway show is sure to enchant and entertain all ages.”

“The Lion King JR” tells the story of the epic adventures of a curious cub named Simba as he struggles to accept the responsibilities of adulthood and his destiny as king. Along the way, the young lion encounters a colorful cast of characters including spunky lioness Nala, charismatic meerkat Timon, and loveable warthog Pumbaa.

To claim his rightful place on the throne and save his beloved Pridelands, Simba must find his inner strength and confront his wicked Uncle Scar. The play features classic songs from the 1994 film such as “Hakuna Matata” and the Academy Award®-winning “Can You Feel the Love Tonight” as well as additional songs penned for the Broadway production.