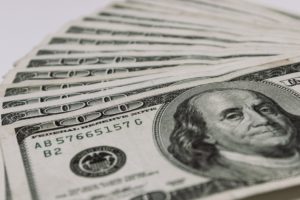 A U.S. District Court has invalidated the territory’s excise tax, saying it violates the U.S. Constitution’s Commerce Clause. While the judgment in the particular case is small, it calls into question many tens of millions of dollars in excise taxes collected in recent years.

Reefco, a refrigeration company, paid excise tax on parts and materials it shipped in for refrigeration systems installed in boats. Reefco filed suit in 2014, arguing it should not have to pay because “boat parts” are exempt from excise tax under V.I. law. And it argued the tax is a violation of both the Commerce Clause and the Import Export Clause of the U.S. Constitution.

The court dismissed most of the counts, including the constitutional questions, in 2015. But this year it vacated its dismissal of the Commerce Clause argument and ruled the territory’s excise tax violated the Commerce Clause. That clause gives Congress authority to regulate interstate commerce.

Judge Curtis Gomez cited a Third Circuit appellate case that found that just because Congress may have authorized an excise tax on goods when they are imported does not mean Congress automatically consented to the “unilateral imposition of unreasonable burdens on commerce.” He cited several cases that say Congress can authorize discriminatory burdens on commerce but only if Congress is clear and unambiguous in its intent.

Another Third Circuit case found a U.S. Virgin Islands excise tax that discriminated against the businesses of other states was prohibited, but a tax impacting both locally produced goods and imported goods alike was permissible.

In 1984, the territory amended V.I. law so excise taxes applied to local and imported goods. But, Gomez wrote, “(n)o statutory provision exists outlining the procedures for the collection of excise taxes on locally manufactured goods: and no regulations to collect those taxes were ever put in place. And Bureau of Internal Revenue officials testified to the court that they do not collect any excise taxes on locally produced goods.

Gomez ruled that because no tax is collected on locally produced goods, the tax violates the Commerce Clause. He awarded Reefco a refund of $5,287.74 for excises taxes going back to 2011.

“We have filed a motion to stay the order and appealed to the Third Circuit,” Attorney General Claude Walker told the Source in response to a request for comment. He would not comment further.

While the award is small, that Gomez invalidated the excise tax altogether and awarded Reefco a refund of taxes paid several years ago could be burdensome to the government if all or many others who paid excise taxes would also be due refunds.

According to the Bureau of Internal Revenue, the government collected between $23 million and $33 million in excise taxes per year from 2012 through 2017, averaging $25.7 million per year.

Gomez’s memorandum opinion might indicate the government could start collecting excise taxes on local goods and then it could collect on imported goods. But nothing in the opinion directly answers what would happen to excise taxes collected during the intervening years. The way the Third Circuit and future District Court judges decide these questions could potentially impact tens of millions of dollars in V.I. government revenues.

V.I. is Not Only ‘Surviving,’ It is ‘Thriving,’ Bryan Says in Fourth SOT Address