St. John Sourcethe art of publishing
More
HomeNewsLocal newsVirgin Islanders Called Upon to Give Up Single-Use Plastic for a Month

Every year 9 billion tons of plastic waste ends up in the ocean, according to National Geographic’s July outside postal envelope. The reminder came in time for Plastic Free July, which begins next week.

Begun in 2011, the non-profit Plastic Free July is a key initiative of Australia’s Plastic Free Foundation which aims to see a world free of plastic waste.

This year, Virgin Islanders are being called upon to participate in the program by committing to give up using at least one plastic disposable item for the entire month.

Howard Forbes Jr., coordinator of V.I. Marine Advisory Service at the University of the Virgin Islands is spearheading the effort.

In a statement from VIMAS, Forbes said it is hard to ask someone to go “cold turkey,” by cutting out all disposal plastic products from their life, giving up even one offending item still reduces the overall waste accumulated in the USVI.

A participant spotlighted on the Plastic Free Foundation website gave up what was identified on the website as the “top four” single-use plastics: plastic bags, water bottles, takeaway coffee cups and plastic straws.

Forbes said if islanders even gave up one of those items there would be an appreciable impact.

He acknowledged the real-life sacrifices in cutting the use of single-use plastic, while noting a few commodities that people need and want, such as yogurt, cereal and most beverages, are housed in plastic.

“While the decision to eliminate these products from your life definitely does reduce the overall waste created, this may not always be practical or feasible for all persons or families,” Forbes wrote in his statement. “Instead of asking people to commit to such an extreme, they can identify one disposable plastic item and stop using it for the entire month of July.”

With the landfills on both St. Thomas and St. Croix under consent decrees to close for more than a decade, reducing waste, especially plastic, seems to be a no-brainer. While there have been small efforts to reduce the unnecessary heaping of more and more waste on the sites that routinely catch fire or worse, those endeavors which include recycling, composting and other reuse efforts fall short. In the end, Forbes believes, it is an education process.

At this point, Forbes said he has “given up on the older generation.” However sad that may be, it’s understandable given the sight of the territory’s roadsides and downtown, littered as they are with all manner of plastic and other garbage.

He’s not the only one who over the years has thrown hands up in the air when suggestions have been made about how to stem the rising tide of garbage strewn across America’s Paradise.

When May Cornwall was head of the Virgin Islands Waste Management Authority, her standard response to suggestions about tipping fees, or enforcement at bin sites was, “They’ll just throw it over the side of the hill.”

After two hurricanes and a drought, her assessment can be easily confirmed with a glance along the roadsides.

Giving up one or all of those top four single-use plastics for a month as set forth by Plastic Free July is a beginning. With a plastic bag ban at least nominally in place in the U.S. Virgin Islands and the availability of alternatives such as cloth shopping bags that can be used hundreds of times, or refillable water bottles and coffee mugs, the solution to the crushing amount of plastic that has invaded our deep blue seas seems pretty easy. But as Forbes said, it’s education and caring that will in the end make the difference.

To that end, and with the younger generation in mind, Forbes engaged several schools on St. Thomas to participate in a poster contest inspired by the NOAA Marine Debris Art Contest.

“I decided that since we always include something about marine debris at Reef Fest [held in April this year], why not have an artwork contest there as well?”

“This was the first year,” Forbes said, “so I am hopeful that next year we will get more schools to participate.”

The artwork was on display at Reef Fest and participants at the event voted for their favorite art piece, he said.

The youngsters give Forbes hope.

“They are engaged and receptive,” he said. “They are curious and in the end, they will inherit what has been sown for them,” Forbes observed. But, he still believes, “We all have a part to play in this.”

Those interested can take the challenge to give up single use plastic for one month by visiting the organization’s website.

Art work from the contest follows: 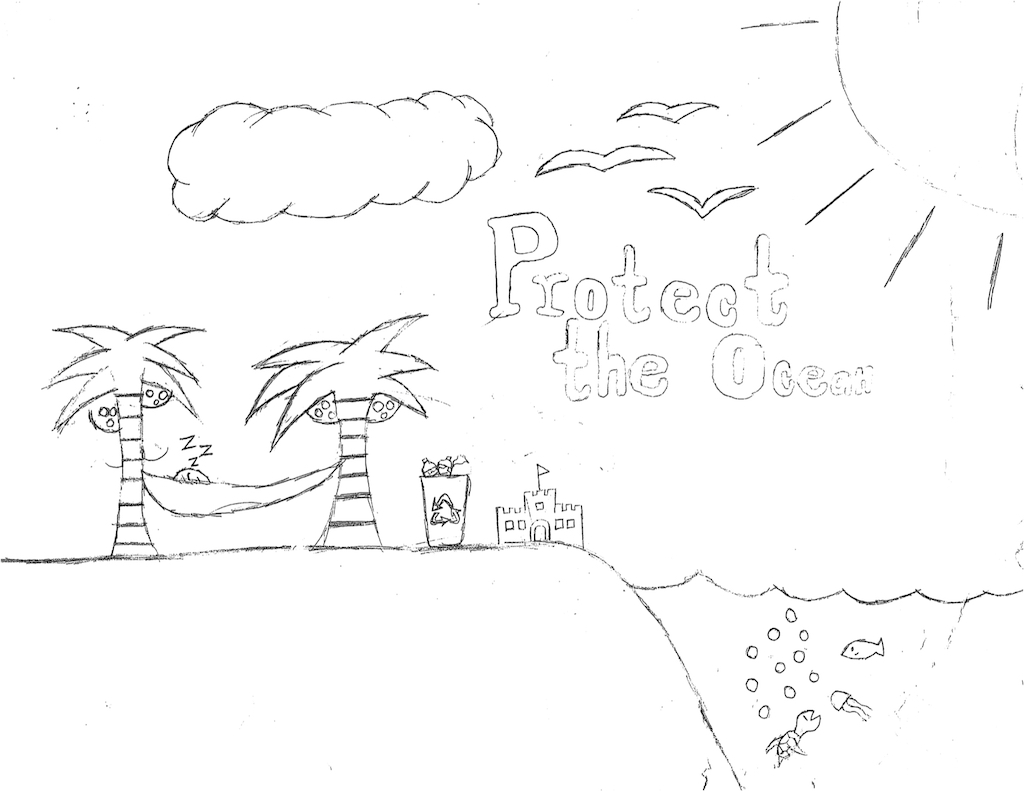 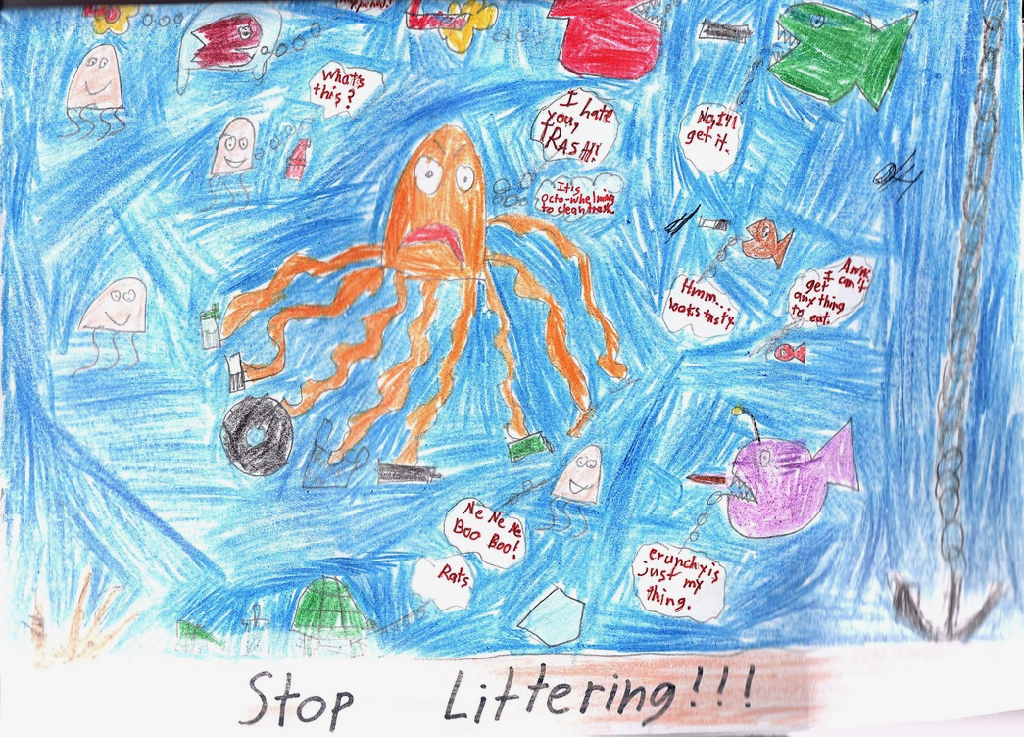 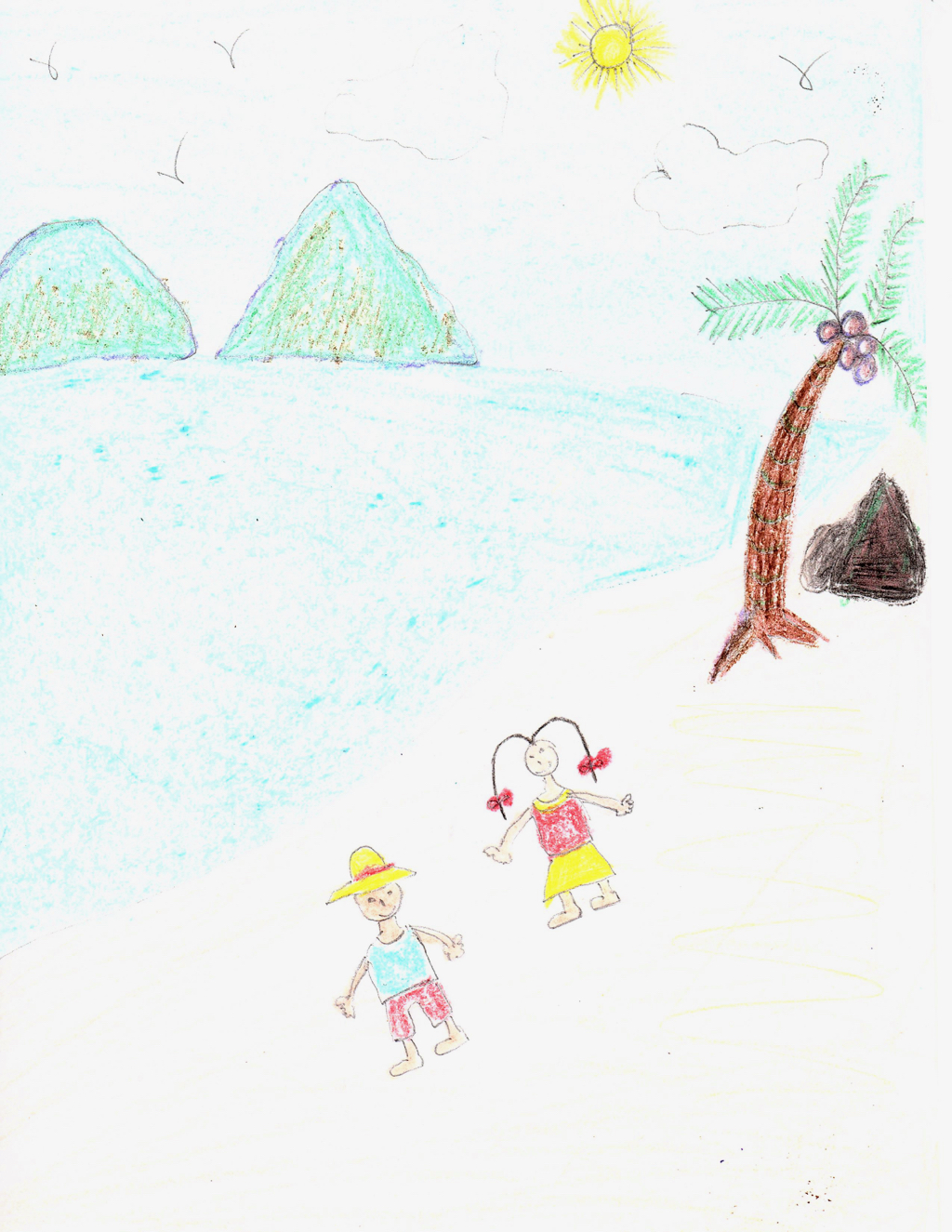 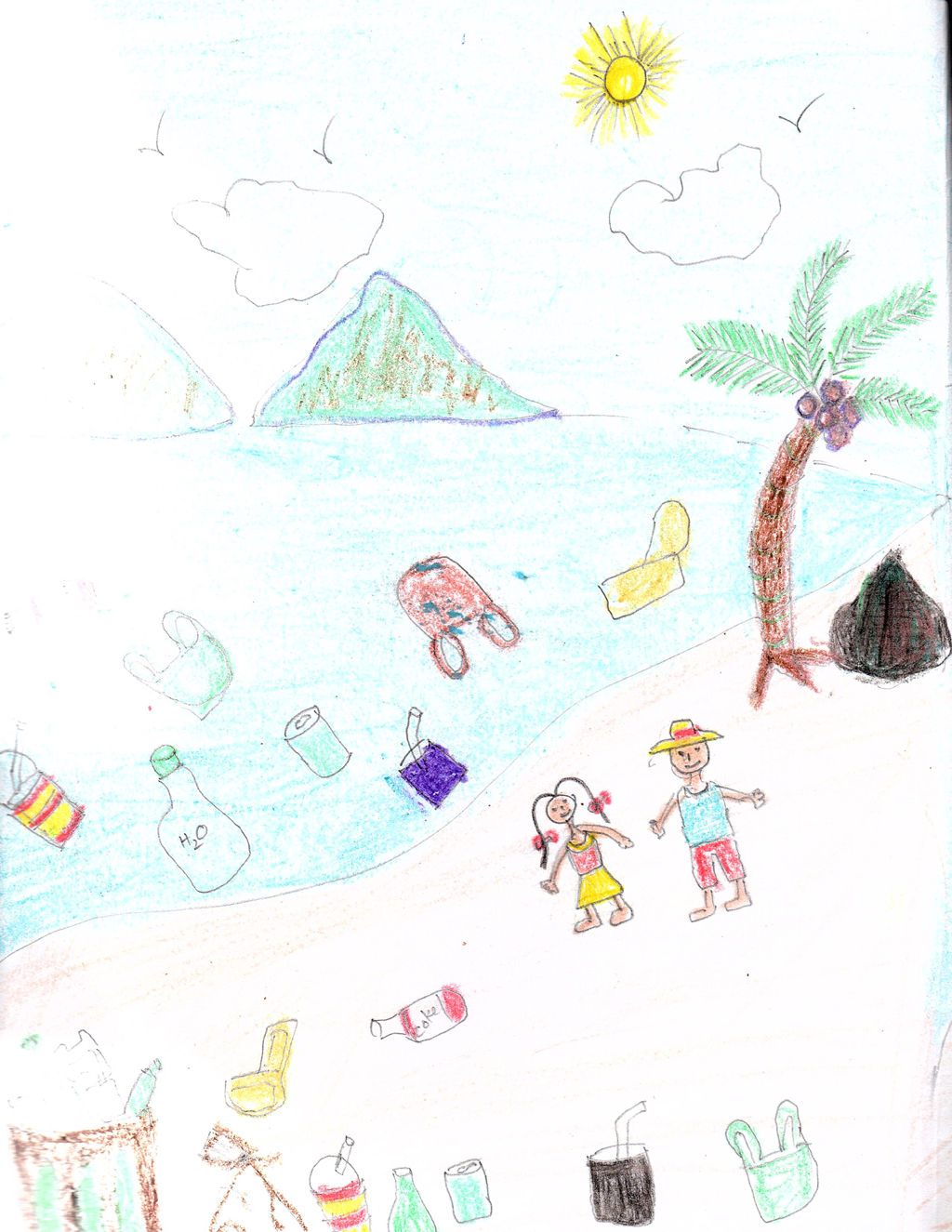 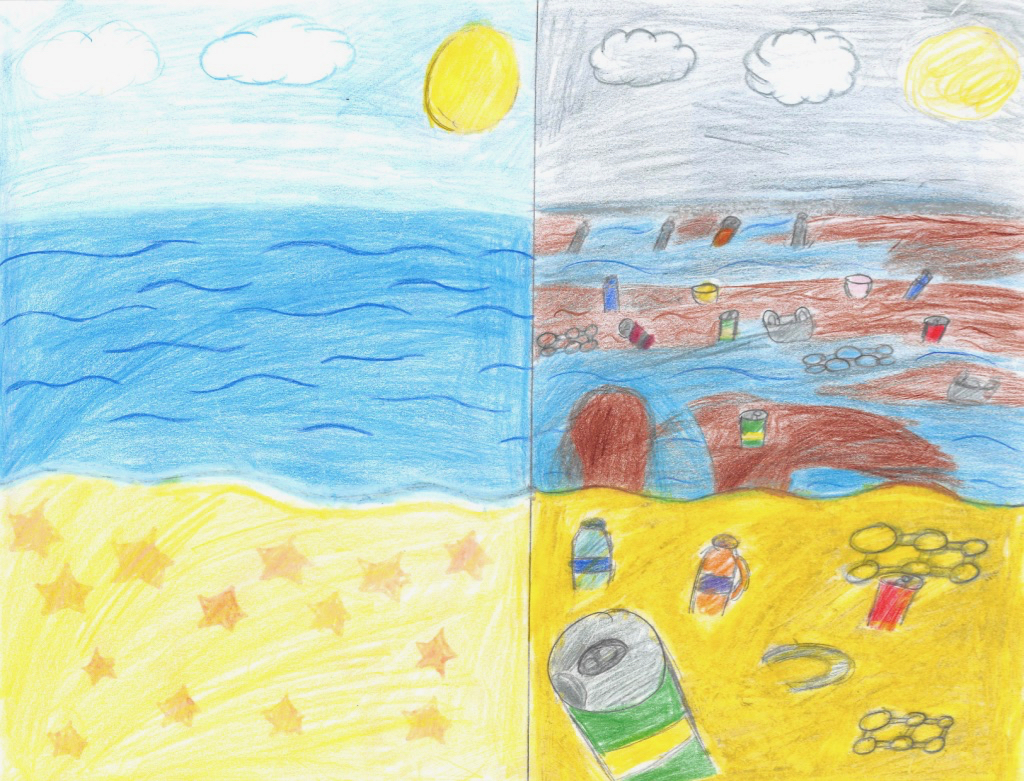