On Thursday, members of the V.I. Board of Elections would say nothing about a lawsuit filed against it and Supervisor of Elections Caroline Fawkes in Superior Court. Board Chairman Raymond Williams would only say that it had been discussed in an executive session before the public meeting.

However, Gordon Ackley, who filed the suit, talked Friday to the Source about why.

While Ackley praised some of the defendants in his recently filed lawsuit, saying he thought Fawkes and the Board of Elections “were doing a great job,” the candidate for chairman of the V.I. Republican Party said he filed the suit to stop the Board of Elections from taking action that might ensure John Canegata, who has been serving as party chairman since 2012, would stay in that position.

In a response Sunday night, Canegata dismissed Ackley’s charges and said the “frivolous matter” would be quickly dismissed.

Ackley’s suit includes a long list of infractions and misdeeds he alleges Canegata has committed.

After Fawkes certified Ackley’s petitions, the petitions of Antoinette Gumbs-Hecht as national committeewoman-elect and Todd Hecht for state committee; the three issued a joint statement.

The certification, they said, made them “the only candidates to file for election to GOP party offices at the August primary.” The statement quoted a section of election law that said, “If the number of candidates who filed nomination petitions for a particular party office exactly equals the number of persons who are to be elected to such office, no party primary with respect to such office shall be held, and, in such a case, the Supervisor of Elections shall declare the candidates who filed the petitions to be elected to such party office.”

Ackley said Canegata, who did not file petitions, asked the Board of Elections not to hold a primary for Republican candidates because the party would instead hold a caucus to determine who would hold the party offices.

Ackley said that violated the process. He said the deadline for determining whether the officers would be selected by a primary or caucus had passed and the process for a primary was already in motion.

Canegata told the Avis last week that Ackley’s suit was frivolous, and the party would proceed with a caucus. He said it was the Board of Elections who asked the party to hold a caucus instead of a primary so taxpayer money could be saved.

Canegata’s tenure as the party’s chairman has been marked by controversy. In 2016 the territory party was split into two factions. Canegata’s faction supported Donald Trump and when he won the presidential election, Canegata’s faction held the upper hand. At the time Canegata said several of those Republicans in the opposing faction were no longer Republicans.

In the lawsuit, Ackley and the two other plaintiffs allege that Canegata, along with his co-defendant Max Schanfarber, secretary of the local party, told the Board of Elections that the party held a caucus in 2018, but it did not.

It says “Defendant Schanfarber and defendant Canegata are illegitimately and unlawfully occupying the party offices they claim to hold approximately two years beyond the expiration of their term for which they were elected in 2016.”

Ackley told the Source he filed the suit to be proactive to stop the Board of Elections from doing something that would have to be undone later.

Judge Kathleen Mackay issued a temporary restraining order on May 13. Ackley said the defendants attempted to have the suit moved to federal court, but the effort failed.

The lawsuit also references alleged ties between the VIGOP, a fundraising PAC and Canegata. The secretary of that PAC later pled guilty to breaking election laws.

After Ackley’s petition was certified he issued a news release.

“V.I. Republicans ceased to exist under the former chairman, who was accused by two black Republican congressmen of running a scam, failed to run GOP candidates for governor in 2014 and 2018, failed to run GOP candidates for Delegate to Congress in 2018 and 2020 and failed to elect any territorial senators in eight years. Instead of running on that record for reelection in the primary, John Canegata and Max Schanfarber stopped collecting petition signatures after taking out nomination papers and tried to cancel the primary for a sham in which they would count the votes.”

In an email to the Source Sunday night Canegata wrote “Contrary to what has been alleged, the party procedures in question have been accepted by the Virgin Islands Board of Elections.” He then predicted “swift dismissal of this frivolous matter.”

He refers to Ackley in the email as “the self-appointed Prince of St. Thomas.” He said Ackley has “sided with someone who in my opinion is a rich political rat and extortionist John Yob.”

Yob was a prominent member of the faction that tried to unseat Canegata in 2016.

Canegata ended his email saying, “Despite all these distractions, I have one political objective between now and November. And that is to focus on what it will take to get Donald J. Trump reelected.  No further comments … for now.” 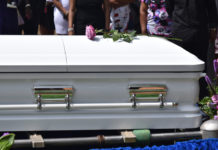 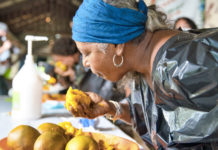 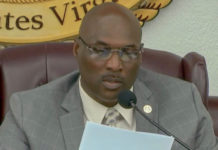