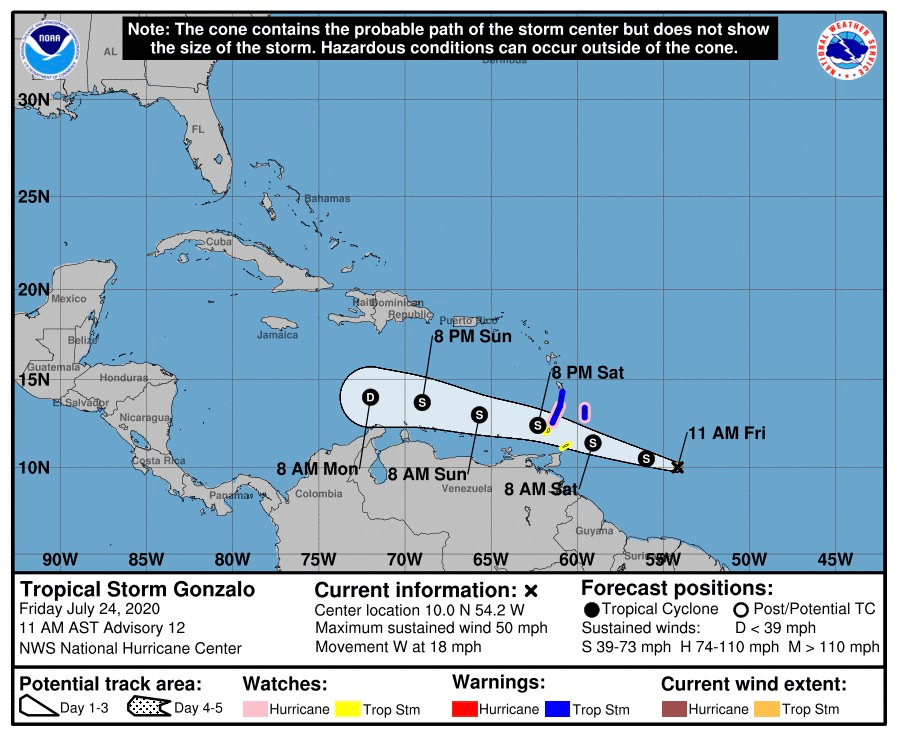 Tropical Storm Gonzalo is approaching the southern Windward Islands, and is forecast to bring them tropical storm conditions, including heavy rain, Saturday and Saturday night, the National Hurricane Center reported in its 11 a.m. Friday update.

As of 11 a.m. Friday, tropical storm warnings were in effect for Barbados, St. Vincent and the Grenadines.

Meanwhile a new tropical wave has been reported off the coast of Africa, making its way across the Atlantic basin.

As of Friday morning the wave was about 300 miles southeast of the Cabo Verde Islands and was producing an area of cloudiness and disorganized thunderstorms. The disturbance is expected move westward across the tropical Atlantic during the next several days, and some gradual development of this system is possible by early next week.

The NHC gave the system no chance of formation in the next 48 hours, but a 30 percent chance of developing within five days.

WITH AN EXTREMELY LIGHT SENTENCES. THEY TALK? OBVIOUSLY!👽