Highlighting these facts is not just wallowing in doom and gloom, with no point but to wail and tear our hair in despair. They have policy implications.

For example, the Legislature enacted a “statutory lien” last year, putting federal rum revenues out of its hands and into a third party, to reassure lenders they will be paid first. Right now, the Legislature is considering putting the same statutory liens onto tax revenues to secure private loans to private hotels for renovations. (See: “Senate Considers Making Taxpayer Financing of Hotels More Generous.”)

With the territory anticipating big forced cuts to critical services like schools and with lenders looking at V.I. finances and balking even before the storms took another $1.5 billion in revenue away, is it worthwhile to tie our hands to please lenders who are not going to lend and who we cannot pay without even harsher cuts? Making decisions like that is what senators are paid for.

The Senate mandates the government pension system give out at least $1 million in Christmas “bonuses” in the form of cash gifts of a few hundred dollars to every government retiree. It is a statutory mandate, so the Legislature would have to publicly vote to change the law to stop it. No senator will take responsibility for denying retirees a couple of hundred extra bucks as a late Christmas gift this year. So on Dec. 20, the Government Employee Retirement System announced the bonuses will be paid on Jan. 22. Those same retirees will still cease getting full pension checks, possibly as soon as 2020. But at least they get a small bonus now.

V.I. senators have on occasion justified spending despite deficits by pointing to the technical source of money and saying there is money in that account. For example, with the “bonuses,” the money “comes from” the V.I. Lottery. That dodge is an illusion. The total amount of money in hand is not changed by how the Legislature chops and dices it up. If you were short on rent but there was money in a Christmas savings account, would you buy a nice present and tell the landlord you only spent the Christmas present money not the rent money?

Next: Part 19 – Congress Can Still Do a Lot, But If Not – Brace For Impact 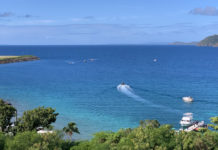 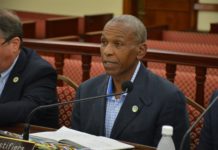 ‘Dig Once’ Bill Held in Committee 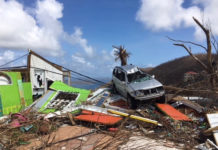