Beresford Edwards, former state chair of the Virgin Islands Employer Support of the Guard and Reserve (VI ESGR) received The Office of the Secretary of Defense Medal for Exceptional Public Service on Nov. 16, 2018.

The medal was presented by Craig McKinley, national chair of the ESGR at the Mark Center in Alexandria, Va. Edwards was recognized for his years of service to the VI ESGR committee from Oct. 1, 2012 to Sept. 30, 2018, and for his outstanding contribution, dedication, loyalty and hard work as the chairman during his two terms.

At the ‘Thank You for your Service’ celebration held in September, committee members thanked Edwards for his leadership, selfless service and professionalism as the former VI ESGR chairman.

“I’m glad he recruited me,” said Kenny Walcott, military outreach director. “When he brought me into the committee, to me, it was more like a family. He is a true leader. He checks up on you when you are sick and when you are doing well. He is always there to support you and give you guidance.”

“I don’t regret joining the team,” said Hollis McIntosh, St. Croix area chair. “Mr. Edwards is a very knowledgeable person. It was a great experience working with him. He doesn’t fail, he doesn’t know the meaning of failure. He doesn’t know the meaning of no. The work that was done, it was all for a good cause. It was a wonderful experience working with him, and I have no regrets whatsoever. I’m going to continue what you have started,” said Mcintosh.

“Mr. Edwards searched me out,” said Zandra Petersen, ombudsman director. “He thought I would be a good fit, and I was pleased that he did. This gave me an opportunity to give back to the military environment after working with the National Guard for many years.“

During his tenure, Edward’s goal was to gain support and educate employers whether they had service members working for them or not; whether the employer was private or public sector; and whether they were self-employed or a corporation.

“What stands out for me is his commitment to program success,” said Verna Walcott, volunteer support technician. “He never hesitated to fill the gap when needed, whether administratively or by giving a briefing or presentation. He served his position with pride and dedication.”

At the end of his term, the committee influenced over 1,200 employees, presented 197 awards to Virgin Islands employers, volunteers and supporters, and had 11 employers selected as semi-finalists for the Secretary of Defense Employer Support Freedom Award.

“It has been a pleasure working with you during the building of the ESGR Virgin Islands committee,” said V. Walcott. “We have become a family. You have built our program to be a top-notch program with a committee of dedicated, passionate and cohesive set of volunteers.”

Edwards now holds the title of chairman emeritus and continues to assist the committee. 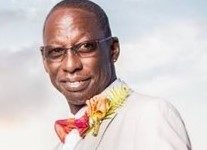 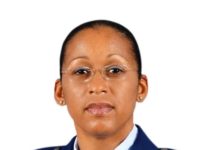 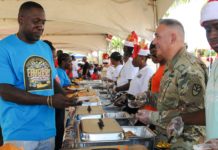 VING Holds a Day of Fellowship and Celebration