The expansion of Medicaid and funding for the ongoing recovery effort was the focus of Gov. Albert Bryan Jr.’s first day of meetings on Capitol Hill Tuesday, as Bryan and key members of his senior staff met with Delegate to Congress Stacey Plaskett and officials from the Departments of Housing and Urban Development (HUD) and Health and Human Services (HHS).

According to Plaskett, the Territories Health Care Improvement Act proposes to grant a 100 percent federal medical assistance percentage (FMAP) to the U.S. Virgin Islands for fiscal year 2020. The bill also proposes an 83 percent FMAP for fiscal years 2021 through 2024 and 76 percent for 2025.

Gov. Bryan, who has for months lobbied Congress on this issue, also met with HHS Deputy Secretary Eric Hargan Tuesday and stressed the importance of the territory receiving the 100 percent FMAP.

In September, Bryan penned a letter signed by the governors of each U.S. territory urging the U.S. Congress to extend the temporary 100 percent FMAP granted to the U.S. Virgin Islands and to provide the U.S. territories with the same need-based Medicaid funding that is currently available to the 50 states and the District of Columbia.

Bryan said Tuesday that he remains optimistic Congress will extend the 100 percent FMAP beyond the Nov. 21 deadline.

Bryan reiterated the need for HUD to expedite its completion of the grant agreement for tranche 2 of the CDBG-DR.

The governor, in his discussion with Woll and other HUD officials, spoke to some of the recovery projects already underway and emphasized some of those projects approved in tranche 1 are also partly funded in tranche 2.

Governor Bryan cited an approved project to purchase four new generating units by the V.I. Water and Power Authority (WAPA) as an example of one of those projects.

The governor said Tuesday that HUD should not require the territory to spend the majority of the $243 million in tranche 1 before the agency completes the grant agreement to release the $779 million in tranche 2 when projects are being funded across the four tranches of CDBG-DR.

HUD approved an action plan for tranche 2 of the CDBG-DR submitted by the Government of the Virgin Islands in March 2019.

However, the availability of the $779 million in tranche 2 remains contingent on HUD completing the grant agreement.

Woll, before the end of Tuesday’s meeting, assured Bryan that the completion of the grant agreement for tranche 2 of the CDBG-DR is a top priority for HUD. 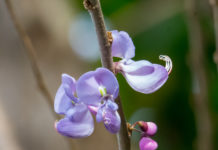 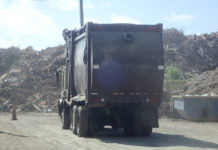