Four young tennis players are representing the U.S. Virgin Islands at the ITF/GSDF Caribbean 12 and Under COTEEC Team Championships in Curacao this week.
The tennis players Kaiel Wheatley, Lizann "Lily" de Leon, Maykala C. Ramos and Finn Miller hail from St. Thomas and St. Croix. Kevin Motta, a tennis coach from St. Croix, serves as the children’s coach.
The week-long tournament started on Aug. 21 and continues throughout the week in Curacao, the Netherland Antilles, and it is sponsored by the International Tennis Federation (ITF). ITF is the governing body of world tennis made up of 210 national tennis associations or corresponding organizations of independent countries or territories. The Virgin Islands Tennis Association (VITA) is a member of ITF. The four young players were selected by VITA based on rankings and tournament play.
Kaiel Wheatley of St. Croix began playing tennis several years ago. He has competed in several local tournaments and has also competed in USTA tournaments in Puerto Rico. He has a lot of natural coordination and athleticism for his young age. He is coached by Kevin Motta.
Finn Miller of St. Croix attends Good Hope Country Day school and also began playing tennis when he was very young. He has competed in several local tournaments and also competed in USTA tournaments in Puerto Rico. He is the youngest player on the team and has even another year for the event. Finn is also coached by Kevin Motta.
Maykayla C. Ramos of St. Croix, a seventh grader at the Church of God (Holiness) Academy, was nicknamed "Feisty" by the nurses at Juan F. Luis Hospital when she was born. Maykayla started playing tennis at eight years old. Although she is ambidextrous, Maykayla considers her left-handed backhand to be her weapon. She has played locally and in Puerto Rico and has had some great recent successes, making the semi-finals in the recent sectional tournament. She also is coached by Kevin Motta.
Lizann "Lily" de Leon began tennis lessons with coach Terrance Jacobs when she was six years old. Lily, a USTA member, has competed in several local tournaments on all three islands. She is in the seventh grade at the Calvary Christian Academy. Lily considers her backhand and her serve to be her secret weapon.
Kaiel, Finn, Lily and Maykayla will compete against children from other Caribbean Islands as well as South America. Competing in the ITF/GSDF Caribbean 12 and Under COTEEC Team Championships is a great event for young tennis players because this competition prepares them for the Junior World Championship and the Junior Davis Cup/Fed Cup team events.
Tournament highlights will be posted on the Virgin Islands Tennis Association’s Facebook page. Contact Bill McComb at 690-0308 for further information. 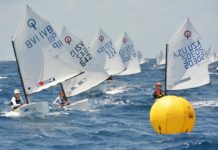 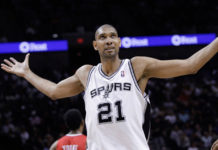 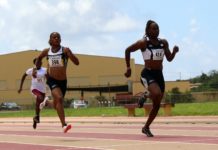