Georges’ book, “Make Us All Islands,” was recently listed by the Trinidad Guardian as one of four Caribbean books to look out for in 2017.

His explores qualities of the sea and the role it plays in the formation of Caribbean identities. 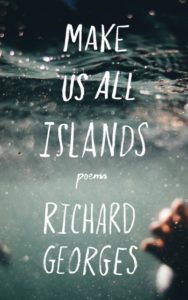 In 2013, he cofounded Moko magazine with USVI writer David Knight Jr. in an effort to facilitate the publication of art, literature and critical essays from emerging and established artists and writers from, living in or writing about the Caribbean.

The event starts at 6 p.m. Georges will talk about his work and sign copies of the book.