The U.S. Virgin Islands are in last place in Group A of League C of the CONCACAF nations league following two losses to Barbados in the last week, with chances of advancing after group play fading away.

The first game was in Barbados on Saturday and the host team started the game strong with an opportunity in the game’s first minute that went wide. Another shot in the 24th minute bounced off the post.

The USVI almost scored in the 28th minute, but J.C Mack’s shot, which looked destined for the bottom corner of the goal – went just wide.

Lionel Brown started the second half with an impressive close range save in the 46th minute to keep the score deadlocked, but Barbadian Nicolas Blackman broke the tie when he sent a free kick from 25 yards into the back of the net in the 55th minute. It was the home team’s only goal, but Barbados made it stand up the rest of the way.

The Virgin Islanders were outshot 15-4 in the game and did not register a shot on target until their last shot of the game but they did look more dangerous in the late stages of the game, as three of their four shots happened in the final 10 minutes.

The two sides held a rematch on St. Croix, and Barbados was dominant, securing a 4-0 victory.

The Virgin Islands had one of the games first chances, but Aaron Dennis was unable to convert a 1 on 1 against Kishmar Primus in the seventh minute.

The score line remained the same until Barbados broke the game open in the late stages of the second half. Rashard Jules scored in the 77th minute, followed by an Armando Lasnley goal in the 80th. Zico Phillips capped the scoring in the 90th minute when he headed in a cross from a corner kick.

With two games left in the group, Barbados and the Cayman Islands are tied for first place with nine points each while the Virgin Islands and St. Martin are tied for last place, each with three points.

CONCACAF is the regional governing body of North America, Central America and the Caribbean. Group play finishes in November when the Virgin Islands play away against the Cayman Islands on Nov. 16 and at home against St. Martin on Nov. 19.

The winner of the group will be promoted to League B for next season’s Nations League. 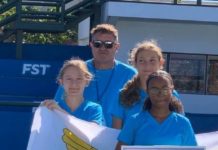 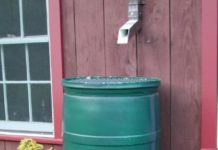 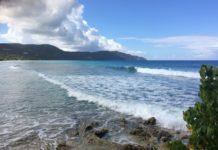