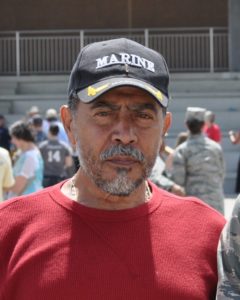 The family of Rafael Camacho Jr. is deeply saddened to announce his passing on Jan. 13 at his residence in Dunnellon, Fla. At the time of his death, Rafael was surrounded by his loving wife of 47 years Carmen, his children and grandchildren.

Rafael Camacho Jr., who was affectionately known as “Rafy,” was born on Oct. 4, 1947, on St. Croix, U.S. Virgin Islands. He served two years during the Vietnam War with the U. S. Marine Corps and later on made a career from being a police officer with the Virgin Islands Police Department and retired after 20 years of service. He was also very passionate about drag racing; in the drag racing community; his race cars were known as the “Sleeping Crab.” Rafael and Carmen eventually relocated to Dunnellon, Fla.

A memorial service will be held at noon on Feb. 6 at the Baldwin Brothers Funeral Home and Cremation Services in Ocala, Fla.

Tyler Dawson Yannone tragically passed away Monday afternoon on February 15, 2021, he went to be with his heavenly father along with his parents Daniel Yannone and Neisha Zahn at the age of 18.
Read more
Deaths