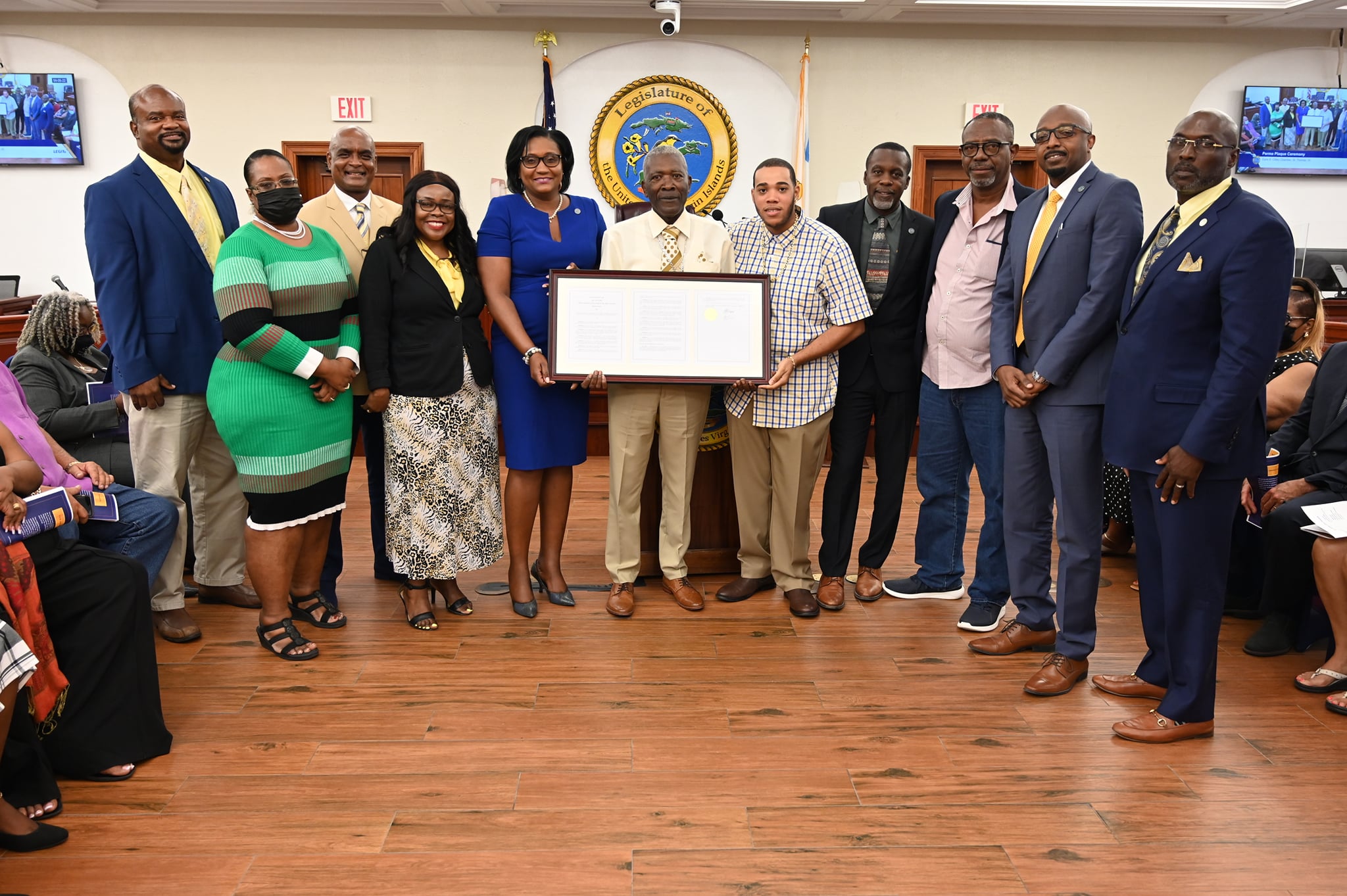 YouTube reposts of his more famous songs, along with dozens of personal tributes, poured in over the weekend as the territory mourned the loss of V.I. calypsonian St. Clair “Whadablee” DeSilvia.

Best known for his musical contributions to the community, DeSilvia was honored during a plaque ceremony this month at the V.I. Legislature.

“The significance of this startling loss is immeasurable,” Senate President Donna Frett-Gregory said in a statement Sunday. “He contributed to the public through his contribution to the Legislature and his contribution to the musical landscape of this territory. Indeed, with heavy hearts, we send condolences to the DeSilvia family, his friends and all of those who were able to experience his gifts.”

DeSilvia, who worked for the Legislature until his retirement in December 2020, was a self-taught musician who learned to play the ukulele as a youth and played with the Steelband West Stars. He then started singing with Dred Ones in high school. He played percussion with Mandingo Brass during those years and later became the lead singer.

His most familiar songs included “Off Man Jam,” “Traffic Tight” and “One for Milo,” among others. Crowned five times as V.I. Calypso Monarch, DeSilvia also won the title “King of Kings” by his peers.