Gov. Kenneth Mapp has called a special legislative session Friday to vote on legislation he claims will give free tuition for most young Virgin Islanders at the University of the Virgin Islands. The measure is a very transparent campaign gimmick to try to woo voters at the last second. And despite a lot of rosy optimism in Government House, the V.I. government is in no condition to afford it. Passing it might be a good idea anyway.

Mapp unveiled this plan on Sep. 11, days after the political primary that selected his Democratic Party challenger for the governorship: Albert Bryan. In the same time frame Mapp has also doled out raises to nearly every government employee, making sure employees see a bump in their pay before election day. Coincidence?

Mapp called the special session, claiming, implausibly, that UVI absolutely had to have the legislation in place RIGHT NOW, NOW, NOW. If he is to be believed, waiting two weeks means UVI cannot do this 10 months later.

Mapp has held out hopes an as-yet only potential partial restart of the St. Croix oil refinery will transform everything and bring about a tremendous economic boom that will smooth over the ongoing budget crisis. That deal, which is still not finalized, contains another $40 million in short-term loans.

The U.S. Virgin Islands used to at least be able to borrow on the private market. But no longer. If the government could really afford a new, permanent annual expense for free college tuition, it would not be creating exotic new forms of debt just to get by today.

And that refinery deal is still not finalized. If it does bear fruit, it still may not meet the very top end of consultant’s projections as Mapp has assumed in all his plans for the money. So why the rush to spend money NOW, NOW, NOW, before actually having it? Did I mention the election is less than two weeks away?

Mapp’s proposal calls for funding the tuition for about half of UVI’s students with $3 million in Internal Revenue Matching Fund money- the federal alcohol excise tax funds the federal government donates to the territorial government every year. V.I. politicians routinely talk about this pot of money as if it’s magically separate from the rest of the government’s funding. That fund has $3 million so yay! We have the funding! But that’s magical thinking. These rum funds go into the same pot as the rest of the government’s revenues and the government still has the same unsustainable expenses it had before. The total revenue is the total revenue is the total revenue. Mapp could just as well say he is paying for it with a $3 million annual appropriation from personal income tax revenues. He didn’t do that because nobody would have believed it. But pretend the rum funds are magical new, separate money like a Christmas check from your uncle and voila: many accept it without question.

Just appropriating the money does not mean it will really be spent, too. The Legislature passed legislation in 2011 “appropriating” $7 million per year of these same rum funds to shore up the collapsing Government Employee Retirement System. The government has paid only sporadically and as of September, right before the end of the fiscal year, was $14 million past-due. That’s a smaller shortfall than most years.

So if it’s a transparent campaign gimmick that we cannot really afford, why pass it? Because it cannot hurt and might help some, maybe many young Virgin Islanders.

Despite its serious structural issues, the V.I. government is still running and spends about a billion dollars a year. The $3 million price tag here may mean cuts somewhere else, despite administration rhetoric. But its a small amount with a potential large benefit to many.

UVI has a budget of over $30 million and gets about $14 million per year in student tuition. Tuition for 1,700 students costs about $7.8 million so how does $3 million cover that cost? Well, federal student aid already brings in nearly $5 million per year, mostly in Pell Grants. Assuming the same students are getting both forms of aid, the numbers more or less work. UVI President David Hall has said it works.

Critically, the legislation only provides for tuition assistance if the money is actually available. If reality bites and the money is not available, it won’t be spent and fewer students will be given assistance.

So the promises are overhyped. But if the government meets that $3 million obligation even once, it will give a whole bunch of young Virgin Islanders a leg up toward a college degree. During budget hearings over the years, UVI officials have said a lot of students do not graduate because financial concerns force them to take on jobs and lighten their course load or drop out. This might help.

Many important V.I. government functions may remain underfunded whether this is approved or not. And this may never bear as much fruit as Mapp has hyped. But few programs have as much potential to benefit so many Virgin Islanders in such a profound way for so little money.

So keep your expectations low but pass it anyway.

Scuffle for a nickel, struggle for a dime
Forget about the past, leave your worries behind
How come the future has to take such a long, long time
When you’re waiting for a miracle – “Waiting for a Miracle” by Bruce Cockburn 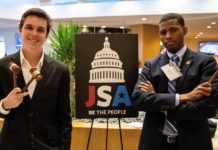