The U.S. Census has opened offices on St. Croix and St. Thomas, as well as in each of the U.S. insular territories, in anticipation of the upcoming 2020 Census, Assistant Interior Secretary Doug Domenech said.

“We believe that Census’ close work with each of the territories will ensure accurate and timely results for our fellow Americans in the territories. I look forward to robust results and encourage all to be counted in the upcoming 2020 Census,” Domenech said.

The USVI’s population is likely to be lower now than it was 10 years ago, due to economic downturn, the closure of Hovensa refinery in 2012 and twin hurricanes in 2017.

St. Thomas actually increased by a hair less than one percent, from 51,181 to 51,634. Water Island, the north side, eastern and western parts of St. Thomas all saw growth, while Tutu and Charlotte Amalie saw declines.

The U.S. Constitution mandates the government take an accurate “enumeration” of the country’s population every ten years. The 14th Amendment to the Constitution directs that census be done by “counting the whole number of persons in each State … excluding Indians not taxed.”

In states, it helps apportion representation in Congress. In states and territories it also plays a role in the allocation of federal resources.

The geographic scope of the decennial census is specified in Title 13 U.S.C., Section 191 as covering the 50 states, District of Columbia, Puerto Rico, Commonwealth of the Northern Mariana Islands, Guam, U.S. Virgin Islands and “as may be determined by the Secretary, such other possessions and areas over which the United States exercises jurisdiction, control or sovereignty.” Operating under the latter authority of the Secretary, Census included an office in American Samoa.

According to the Interior Department, Census has worked closely with each of the territory governments to finalize the content of the questions and to provide the maximum public utility with minimum individual burden. The 2020 Census subjects were submitted to Congress in March 2017 and the 2020 Census questions were submitted to Congress in March 2018 with correspondences sent to the Congressional delegates of each territory. A question about citizenship was proposed by Republicans and was initially put into the census questionnaire by the administration of President Donald Trump. A federal appellate court shot down the question for the primary census earlier this year but the question will be on a small subset of specialized questionnaires, for statistical use only.

The Census will start outreach to encourage participation in each territory early next year. Their website is here.

The V.I. offices are: 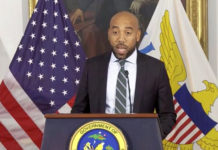 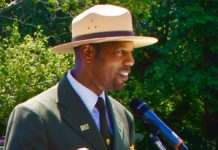 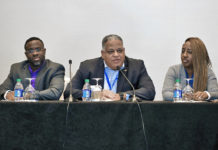