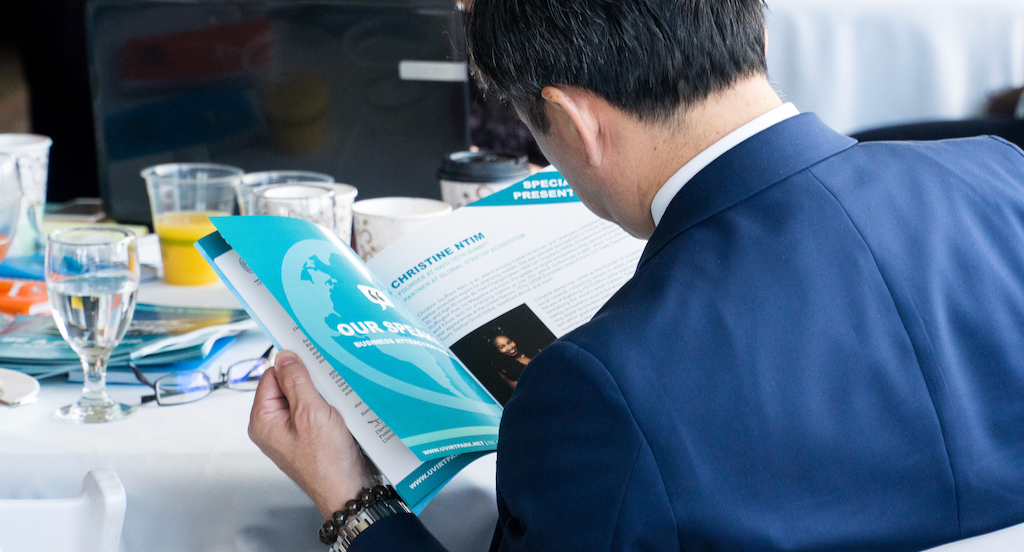 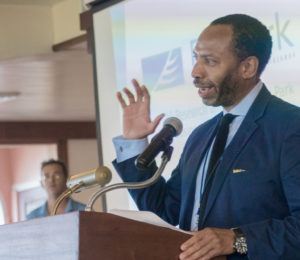 For three days this month, more than 130 technology business owners, government officials and local stakeholders gathered on St. Croix to attend a business summit presented by the University of the Virgin Islands Research and Technology Park.

The purpose of the summit at the Buccaneer Resort from Oct. 9-11, was to introduce businesses from the mainland, and as far away as Taiwan, to the advantages of moving their corporations to St. Croix, according to Peter Chapman, RT Park chief executive officer.

“The RT Park model had to change. I just worked with the team and it evolved,” Chapman said, adding that the UVI entity now focuses on enlisting technology oriented businesses.

Sydney Paul, manager of business intelligence and marketing, said the invitees were “hand-picked from all over the world.” Some were recommended by local attorneys and accountants. Targeted industries included companies with revenues of at least $1.5 million in IT/telecommunications, artificial intelligence, health care, renewable energy and life sciences.

Guest speakers, local entrepreneurs and high-ranking officials talked about the easy access to markets on the mainland and South America. They said St. Croix has the largest bandwidth and fiber optic capacity in the western hemisphere outside of New York City.

One keynote speaker was Dion Biaz, who works for Facebook in global marketing. He talked about how he moved up through the huge corporation because he wasn’t afraid of change.

IBM Vice President of Insurance Rashida Hodge, who is from St. Thomas, spoke about a talented local workforce.

And, Christine Ntim, the founder of Haiti Tech Summit and a partner in Global Startup Ecosystem, promoted the Virgin Islands and the Caribbean as a location with a wealth of talent.

There were 30 or so panelists who spoke about local talent, workforce development and tapping the talent pool through the RT Parks’ expatriate program. There was a session on hurricane recovery and the island’s resiliency measures.

Chapman and others from the Tech Park talked about the program and qualifications to become a client. Tax benefits are “essentially the same” as the V.I. Economic Development Authority but are geared more to the technology sector, he said. Information about the program can be found on the website.

According to Chapman, the overall message of the speakers was positive.

“There’s a good balance in the region. The USVI has all the factors and aspects to be successful,” Chapman said.

Since the event, the park staff has followed up on participants with surveys and phone calls.

“Everyone was impressed with the Virgin Islands,” Chapman said.

On Wednesday, millions around the world will tune in for the inauguration of America’s first female vice president, Kamala Harris, who was elected a century after the women’s suffrage march in Washington, D.C.
Read more
Local news

It was either the last Sunday of 2008 or New Year's Day 2009. Either way, it was between the election of President Barak Obama and Vice President Joe Biden and their inauguration. It was also a holy day.
Read more